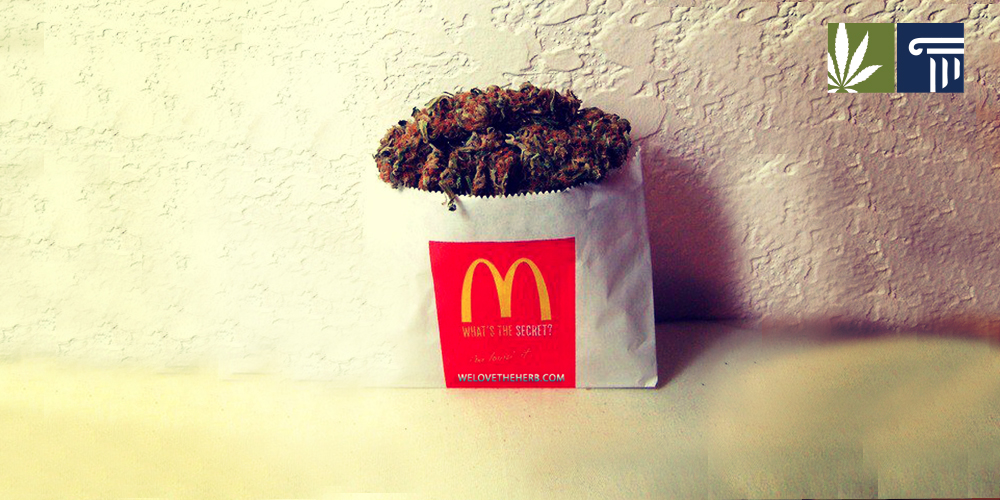 If a story sounds too good to be true, it usually has something to do with marijuana.

Urban legends surrounding cannabis are legion, dating back as long as the drug has been a part of modern culture. Now comes a new one, suggesting McDonalds is joining the marijuana bandwagon.

Here’s the story: McDonald’s, America’s largest fast food chain, plans to convert indoor playgrounds at 15 Colorado restaurants into special cannabis-friendly seating. Indeed, each stoner customer would get his or her own “pod” for toking.

Sounds like a bad piece of humor straight out of The Onion? That’s because that’s essentially what it is.

Yet another “humor” news piece

Yet again, countless people on the Internet have fallen for a blatantly false joke-news item about marijuana. Previous stories had dozens dying from cannabis overdoses, Michele Bachmann getting busted while high behind the wheel, and children dropping from deadly cannabis gummy bears.

This time, you’d think the details would be too ridiculous for anyone to believe. Among many other real-world facts, there’s this: Federal and state laws make it illegal to smoke cigarettes anywhere inside a Colorado McDonalds. And what goes for tobacco obviously goes for marijuana.

The latest story to fool the less-intelligent of the masses comes from Now8News.com. Like many a site before it, and many more to come, it’s a half-hearted ripoff of The Onion. The stories are obviously fake – consider this headline: “New ‘Youtube And Chill’ Causing Increase In STD’s And Pregnancy In Girls Ages 10 – 12.”

Any legalization of public toking is unlikely

Colorado legalized cannabis for recreational use in 2012. But state law bars consumption of the drug in any public place, including private businesses such as McDonalds that regularly serve the public. The same goes for tobacco smoke.

Reform advocates recently launched a campaign to allow public marijuana use in bars, nightclubs, and other adults-only entertainment establishments. But the effort was called off when it became clear it wasn’t a sure bet with voters; activists feared a loss could end up hurting their cause in the long run.

It may not be surprising that people fall for marijuana myths. Many of these people are themselves high, and may not have been very bright to begin with. But it never ceases to amaze how often these fake-news stories catch on.

The phony article in this case claimed that each of the 15 restaurants “will consist of 15 smoking pods in which customers can smoke a joint, bong, or pipe without being harassed or bothered by people who are offended by it.”

Granted, stranger things have happened, in and out of the world of marijuana. But this one is exactly as it seems: too good to be true.