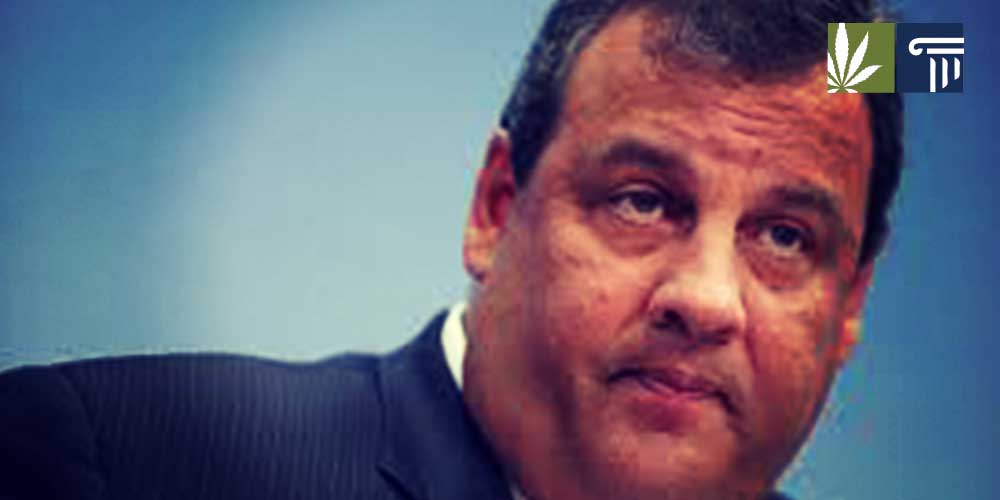 Presumed 2016 presidential contender Chris Christie promised in April that he would stamp out legal cannabis across the country if elected. The New Jersey governor, who faces long odds in his likely bid for the White House, appeared on The Hugh Hewitt Show April 14 and said he would “crack down and not permit” marijuana.

“Absolutely,” Christie said in reply to a question from Hewitt about whether he would enforce federal anti-drug laws against states that legalize cannabis for recreational use.

Pointing to an alleged “enormous addiction problem” in America, Christie said the federal government must send a clear message “from the White House on down through federal law enforcement.”

“States should not be permitted to sell it and profit,” the governor said.

Marijuana is now legal for recreation in four states and the District of Columbia. It’s legal as medicine in 23 states, including New Jersey, though Christie has tried repeatedly to scuttle that program.

A fierce opponent of almost everything related to cannabis, Christie has not yet announced a run for president, but he has created a political committee to explore the possibility. Such committees are usually seen as indication a candidate seriously intends to seek the nomination.

Christie is a Republican with a certain devoted following, but he has little appeal to most other voters. Many observers and voters view him as a narcissistic bully willing to break the law to punish his political opponents. His administration has been plagued by several major scandals and his popularity has plummeted.

Still, Christie seems to view marijuana opposition as a ticket to success with the Republican base, many of who are staunchly opposed to legalization. But that isn’t true of the party overall; a majority of Republicans say they don’t want the federal government to interfere with states that legalize recreational cannabis.

Majority of Republicans against federal intervention In a poll released by the Pew Research Center on April 14, 54 percent of Republican voters said they oppose federal intervention. And almost half of the party’s more moderate members support legalization. Millennial Republicans back reform by much wider margins, with 63 percent in favor.

Christie’s position may not sit well with non-Republicans, either: The Pew poll showed 53 percent of Americans want to see cannabis legalized. The GOP is shrinking nationally while the number of self-identified Democrats and Independents continues to grow.

Christie has attacked marijuana policy many times in the past, saying he wouldn’t tolerate recreational legalization as governor or president. Tom Angell, chairman of the Marijuana Majority, said Christie has made a poor political gamble.

“This is not only bad policy but is incredibly bad politics,” Angell said. “If Christie wants to block sensible marijuana reforms in his own state of New Jersey, that’s one thing. But it’s especially unacceptable – and not very conservative, I’d add – for him to say he’d use federal resources to overturn the will of voters in a growing number of other states that are moving beyond prohibition. Maybe he forgot that Colorado is an important swing state in presidential elections.”