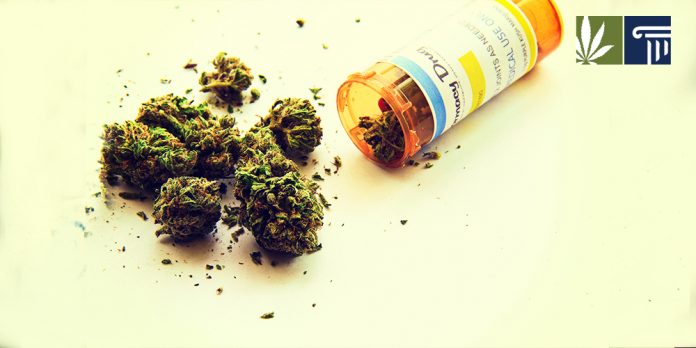 Depending on whom you believe, the DEA is on the verge of rescheduling marijuana under the Controlled Substances Act, a move that would open the door to widespread medical cannabis and even full legalization.

The federal anti-drug agency sent a letter to several members of Congress this spring saying officials there were close to deciding whether to reschedule cannabis. They said their decision would come by July.

Marijuana is listed under schedule 1 of the Controlled Substances Act, a category that includes drugs such as heroin and LSD that are banned for any use – medical or recreational – because the government considers them especially dangerous, especially addictive, and useless as medicine.

Cannabis advocates have pressed the DEA for decades to move pot to schedule 2, which includes drugs that are highly regulated but easier to research and easier to recommend as medicine. These include methamphetamine and cocaine, both of which are banned for all but limited medical applications.

The agency has refused to budge. President Barack Obama could order the DEA to reschedule cannabis but has said he wants to leave the decision to Congress. And that has given many observers reason to believe agency officials will not, in fact, choose to reschedule.

Many industry insiders are hopeful the result will be different. The time for meaningful reform has come, they believe, and even hardcore drug warriors have to recognize that.

Actually, they don’t, and they probably won’t. Resistance to policy reform has always been stiff at the DEA, and there have been few if any indications that that is likely to change in the near future.

DEA agents get a large share of their revenue from marijuana busts because federal law allows them to seize and keep cash and other private property without even filing criminal charges. Without this revenue, agents can’t buy armored vehicles and other fancy toys. They also have less money for staffing needs and overtime pay. The DEA, in other words, has good reason to resist reform. And all indications from Capitol Hill and the White House suggest the agency isn’t likely to change that position anytime soon.

But what would happen if the DEA did reschedule marijuana?

For one thing, scientists would have a much easier time studying the drug. Its current listing under schedule 1 makes it almost impossible for them to get their hands on it unless they’re researching its negative effects. The government has long refused to allow research into its benefits.

That has started to change, as the DEA recently granted permission for scientists to study cannabis as a treatment for PTSD. It was the first time the federal government has cleared a large inquiry into a potential medical use for the drug.

But movement comes slow at agencies like the DEA. Officials there have always been dedicated to the idea that marijuana is an extremely dangerous drug that must be outlawed and eradicated. There is little gray area in this point of view.

Of course, anything is possible, even at the DEA. The agency could ultimately decide to reschedule cannabis in recognition that the spread of legalization is permanent. But don’t bet on it.

What do you think: How likely is it officials at the DEA will reschedule marijuana? Comment below.