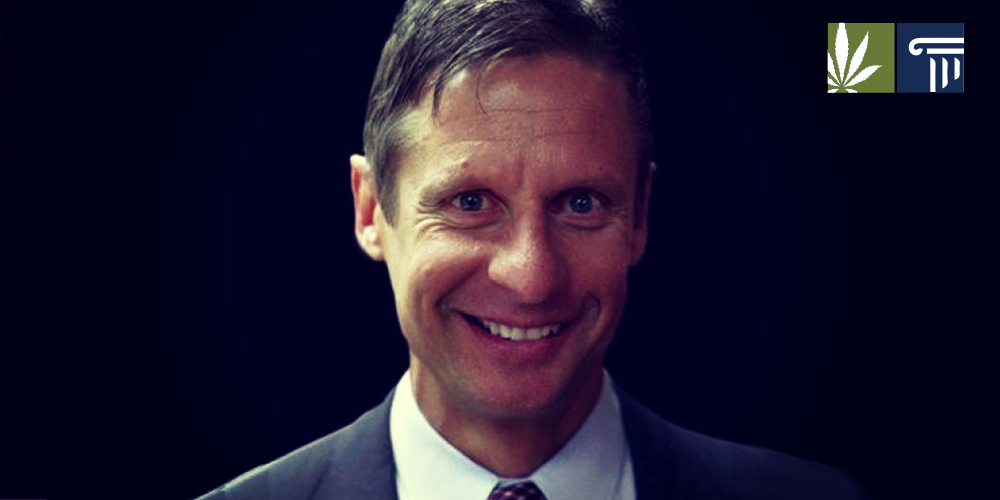 It’s de rigueur these days for presidential candidates to admit they used marijuana in their youths. Hell, President Barack Obama belonged to a “choom gang” and even acknowledged he dabbled in cocaine. And no one cared. But some politicians don’t have to look back to childhood to peg the last time they smoked up. Former New Mexico Gov. and lifelong pothead Gary Johnson, for instance.

Johnson, who is seeking the presidential nomination of the Libertarian Party for the second time, told reporters in March he used cannabis within the past two weeks.

The governor’s THC treat came in the form of Cheeba Chews, a wildly popular chocolate/fudge taffy full of marijuana. Standard doses are measured at 10 milligrams of THC, though Cheebas can be found in concentrations of up to 1,000 milligrams per chew.

Johnson called for nationwide legalization in 1999

Johnson is no stranger to cannabis or drug policy reform. In 1999, he was the first U.S. governor to call for full legalization, and so far the last. And he was once the CEO of a publicly traded marijuana company, Cannabis Sativa Inc.

But he said he uses responsibly, and not all that often, noting that he uses it “occasionally.” He also said marijuana has kept him away from alcohol: “I haven’t had a drink of alcohol in 29 years.”

“For me, when I smoked marijuana when I was 17 years old for the first time, the first takeaway was, ‘Holy cow, this is so much better than alcohol!'” he said. “There just doesn’t seem to be a downside.”

The promise of cannabis as a much healthier substitute for alcohol played a big role in the push to legalize the drug in Colorado, and Johnson said it could be critical in the campaign to legalize under federal law.

But, he said, “There’s a downside to doing anything all the time.” Johnson left his post at Cannabis Sativa in January so he could pursue the Libertarian nomination. It’s his second run: He won the nod in 2012 and ultimately pulled in nearly 1 percent of the national vote, better than all other minor-party candidates combined.

Johnson said he’s proud to know he’ll have an impact on drug policy reform for years to come, both from his two terms as governor and from his time at the helm of Cannabis Sativa. He also touted the company’s products, including a sativa lozenge that delivers “as good a marijuana high as exists on the planet,” he said. “We can’t legally produce it anywhere (else), because it’s strain specific.”

He predicted his role in creating the lozenge would add to his legacy as a cannabis entrepreneur and reform advocate. The lozenge is sold under the brand name “Hi,” and joins a long list of marijuana edibles sold in New Mexico and other states where the drug is legal for recreation or medicine.

“I was directly responsible for bringing the ‘Hi’ brand,” Johnson said. “Two hundred years from now, this Sativa lozenge will exist under the brand name Hi.”

The former governor has used his place in the Libertarian Party to push for continued legalization across the country. With rare exceptions, third parties do poorly in American elections, but growing divisions in the Republican Party could send more voters Johnson’s way.

We want to know: Would you be willing to vote for a minor-party candidate who favors legalization? What if you knew he couldn’t win?