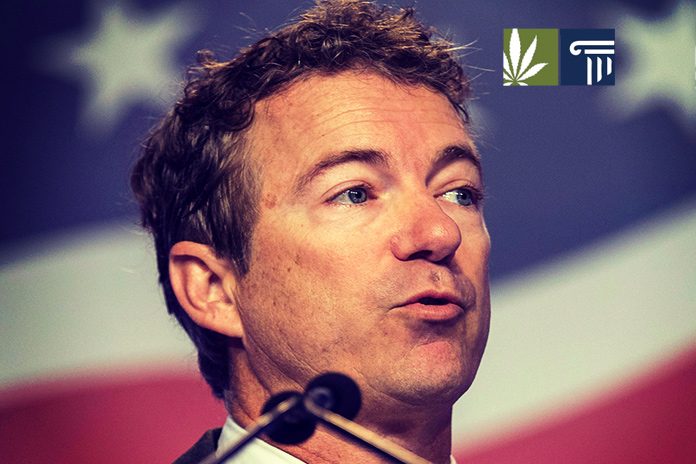 The Marijuana Policy Project, the biggest national group campaigning for legalization, issued a voter guide in late June that rated candidates on their support for reform. Paul, a Republican, came in No. 1.

Paul has pushed two critical pro-cannabis bills through the Senate, both protecting the rights of medical marijuana patients across the United States. He has not openly endorsed legalization, but his libertarian state’s rights positions suggest he’s open to the idea.

How did they rank?

Paul received a grade of A- from the MPP. A handful of other candidates scored well, while others failed miserably.

Hillary Clinton, for example, got a B-. She has publicly backed medical marijuana and cannabis research, and she is pushing for criminal justice reforms, but she has a conservative record on the issue and hasn’t offered any support for full legalization.

Former Vermont Sen. Bernie Sanders, also seeking the Democratic nomination, got a B. Sanders says he supports decriminalization and will keep his mind open to further reform. Martin O’Malley, former governor of Maryland and longshot Democratic candidate, was given a C- because he opposed medical marijuana while in office.

Vice President Joe Biden scored the lowest grade for the Democrats, a D. The MPP cited his work enacting mandatory minimum sentencing laws for cannabis offenders and creating the office of the White House drug czar.

Back on the crowded Republican side, Texas Gov. Rick Perry came in second to Paul, winning a B grade. Perry has thrown his weight behind a growing push for justice reform in his state. “Some of these guys who tout states’ rights, fiscal responsibility, and getting the government out of people’s private lives want to use federal tax dollars to punish adults for using marijuana in states that have made it legal,” said MPP spokesman Mason Tvert. “They say using marijuana is immoral or just too dangerous to allow, but serve alcohol, a more dangerous substance, at their fundraisers. The hypocrisy is astonishing.”