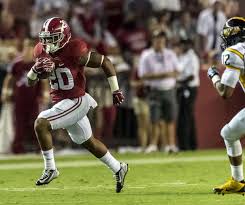 Tyren Jones, a University of Alabama running back, was kicked off the team in March after he was arrested on a cannabis charge. It was the latest in a long string of harsh penalties for football players caught with marijuana. 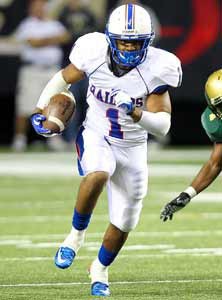 He was already on indefinite suspension for an earlier infraction at the time of his cannabis arrest. Jones, the coach said, “was given an opportunity academically and from a team rules standpoint, but he failed to do any of the things necessary to comply with the rules of the Alabama football program. He was dismissed from the team when he refused to follow the parameters given to him for reinstatement.”

Police in Tuscaloosa, Ala., arrested Jones and a passenger after stopping his Dodge Challenger for speeding March 30. The officer said he smelled marijuana and searched the car, where he found cannabis and digital scales. Police also allegedly found marijuana in Jones’s pocket.

Jones was released on $1,000 bond. His passenger, Brandon Lee Hansberry, was charged with first-degree marijuana possession and paraphernalia possession. Hansberry was held on a $20,000 bond pending unrelated charges.

The arrest was the third bust of a Crimson Tide player in a four-day stretch. Safety Geno Smith and former defensive lineman Jonathan Taylor were both arrested March 28. Smith was charged with drunk driving, his second such charge since starting with Alabama, while Taylor faces domestic violence charges.

Saban defended his program’s recruitment record, including the signing of Taylor earlier this year.

“We’ve created many opportunities for players through the years, and sometimes those things have worked out extremely well,” the coach said. “We’re sad to say in this case it didn’t and we all take responsibility for that. We have a good program here at Alabama, and we have a lot of good players who have done a lot of good things in this community on our team.” 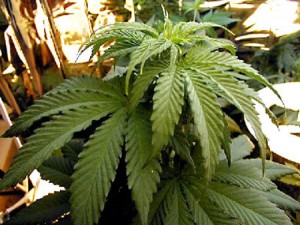 Marijuana allegations have led to both legal and career problems for a long list of players in recent years. The NBA and the NCAA are particularly harsh when it comes to cannabis.

Marijuana advocates have pushed for years to loosen the restrictions on football players, both college and pro. The NFL has loosened its rules slightly, but players still face career-ending consequences for an activity that is increasingly legal in America.