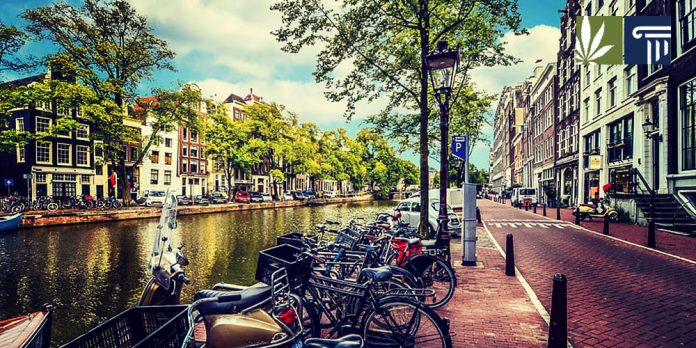 Amsterdam’s mayor is considering banning tourists from buying cannabis as part of a broader plan to improve the quality of life in the overcrowded city center.

While little more than a million people live in Amsterdam, over 17 million people visit the city each year. Those visitors invariably end up in the city center’s red-light district where most of Amsterdam’s 170 coffee shops –- the preferred term for cannabis dispensaries –- and window-dressing sex workers are based. A recent survey found 45 percent of Amsterdam’s residents rarely if ever go to red-light areas such as De Wallen, owing to the crowded, narrow streets and bridges occupied by weed tourists, large tour groups, and drunken visitors leering at sex workers in window booths.

Mayor Femke Halsema backed up her proposal with the results of a survey that found more than half of young tourists visited Amsterdam to go to a coffee shop. The survey, commissioned by the municipality of Amsterdam, considered the main reasons for tourists to visit the city and attempted to determine “what would happen to the willingness of tourists to visit Amsterdam if either the availability or accessibility of one or more of these factors should reduce or disappear.”

More than 1,100 people between the ages of 18 and 35 were surveyed on their reasons for visiting Amsterdam in August, 2019. Fifty-seven percent of respondents said visiting a coffee shop was an important reason for their visit, with 34 percent indicating they’d come less frequently if they weren’t able to visit coffee shops. Eleven percent of respondents said they wouldn’t visit Amsterdam at all if this policy was introduced.

Such a ban’s effectiveness at deterring tourists and cleaning up the city center is perhaps brought into question by another of the survey’s findings. Only 40 percent of respondents said they would not use cannabis if the ban was enforced, with 22 percent stating they would find someone to buy it for them and 18 percent saying they would buy it on the street. While 40 percent is a notable drop, the ill social effects of moving much of the trade onto the street rather than a well-regulated dispensary are clear.

This will be of concern to Mayor Halsema and the center-left coalition she leads in Amsterdam City Halls because while she speaks about countering the problems of over-tourism it appears that her main priority is to tackle the city center’s seedy image, which has overtaken the ideal of Amsterdam as a tolerant and open city. That is, it’s not the numbers of tourists that concern her, rather the type of tourist. After all, the Amsterdam region is in the process of expanding the capacity of its airport, scrapping limits to the number of hotels in the city, and building a new cruise terminal. Not exactly initiatives that a city looking to reduce its tourist numbers would invest in. So, out with young, low-paid, backpacker weed tourists and in with the older, three-course-dinner-followed-by-theatre visitors staying in hotels.

Rather, if Mayor Halsema wants to discourage anti-social behavior in Amsterdam, she would do well to look at the quirk in Dutch law which means that while selling and consuming marijuana is legal, growing and processing it is not. Large fines are regularly issued for growing marijuana. This makes cannabis production a risky venture for small-scale growers, but not so much for larger criminal operations which can operate at scale and which typically have a hand in other illegal activities such as weapons and human trafficking. The chair of the Dutch police union went so far as to say last year that the Netherlands had “the characteristics of a narco-state” in part owing to this muddled approach between tolerance and criminality.