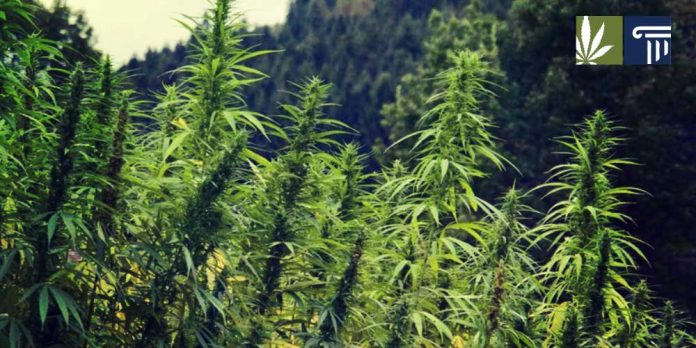 On May 14, Governor Doug Ducey of Arizona signed a bill that, according to his press release, allows the state’s Department of Agriculture to begin a pilot program that will allow universities and those with a license to begin cultivating industrial hemp. A Republican state senator, Sonny Borrelli, sponsored the bill, saying it will lead the way toward the creation of a new industry in Arizona.

Hemp Is Good for Business

Borrelli has heard the concerns of some lawmakers that police might confuse farmed hemp for the budding plant used for recreational and medicinal consumption. “It’s rope, not dope,” he says. Arizona has limited water, and hemp requires less than such crops as cotton, one of Arizona’s key crops. One acre of hemp produces as much fiber as two to three acres of cotton or two to four acres of trees. Cotton cultivation also involves pesticides, while hemp is bug-resistant.

Hemp is a highly versatile crop, with uses for its seeds, stalks, and fiber. In addition to rope, hemp can be used to make clothing and other textiles, including those used to make shaped parts in applications similar to those of carbon fiber. Hemp also can be used to make construction products and biodegradable plastics. Fibers come from the plant’s stalks and leaves, while its seeds provide oil. Hemp oil is nutritious and can feed humans and pets. It can also be used to make varnish, fuel, and CBD.

Borrelli points out that hemp grown in the United States will reduce the need for imported hemp. The United States imports hemp and its products from China, Europe, India, and Canada. (Hemp farming is on the rise in Canada, where marijuana will soon be legal.) A report published by the Congressional Research Service indicates that while hemp importation has been growing steadily in recent years, it is difficult to estimate exactly how much has been spent on imported industrial hemp, since it is not always labeled as such among oilseeds and fibers generally. However, for 2015 the estimate is that $78.2 million
was spent on imported hemp.

The report goes on to cite figures from the Hemp Industries Association (HIA) showing “total U.S. retail sales of hemp products” amounted to “nearly $600 million in 2015, which includes food and body products, clothing, auto parts, building materials, and other products.”

Colorado is the leader in industrial hemp production, with 372 licensed growers and 9,700 acres under cultivation. Another major hemp-growing state is Kentucky, where a pilot program generated $16 million in sales. Arizona is joining eighteen other states that have hemp farming programs, some of which are still in their infancy.

Hemp was widely grown in the United States in the nineteenth century, but when marijuana became illegal in the twentieth, hemp farming suffered a decline from which it has yet to recover. Although licensed hemp farmers have legal status under a federal law passed in 2014, they still face such difficulties as opening bank accounts, for example. Federal policy still does not distinguish hemp, which has a THC content of about 0.3 percent (too little for a high), from marijuana buds, which have a THC content of
about 18 percent.

What do you think: Will hemp farming take off in Arizona? Leave a comment below.