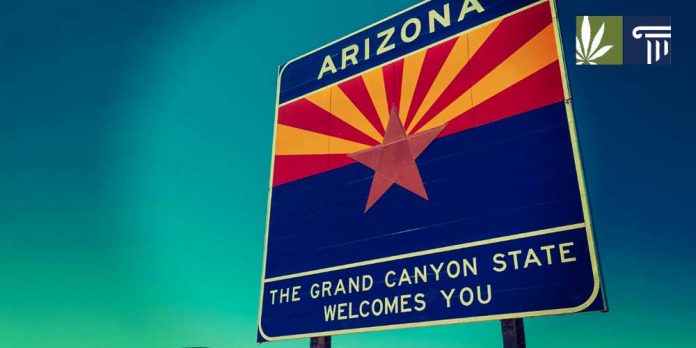 Voters in Arizona may get the chance once again to decide on whether the state should legalize recreational marijuana, after legalization advocates submitted a ballot measure for the 2020 elections with the Secretary of State last month.

The previous attempt, back in 2016, failed to pass by only 3 percent of the vote.

The Arizona Dispensaries Association (ADA), which is spearheading the measure, believes they have learned from the defeat and are now in a stronger position to succeed this time around.

“This bill represents the right balance for Arizona right now,” said Tim Sultan, executive director of the ADA. “It gives back to the state and the people of Arizona in the form of tax revenue, education, and public safety.”

“Back in 2016, other stakeholders were not involved in the measure,” he added. “There was no buy-in from the community.”

But in order to make it onto the ballot in 2020, they must collect at least 237,645 signatures from registered voters in Arizona before July of next year.

The new bill, known as the Smart and Safe Act, would allow Arizonians aged 21 and over to possess up to one ounce of marijuana, of which five grams could be concentrates.

Here is a selection of some of the other key provisions of the bill:

Tim Sultan emphasized the social justice components of the bill, which would ensure that some of the money raised through excise tax benefits those most harmed by marijuana prohibition.

The measure also seeks to create more dispensary licenses, ensure zero-tolerance for impaired driving due to marijuana, and protect children from marijuana products marketed in ways that may appeal to them, such as with cartoon characters.

“We have all been rewarded for the wait with this initiative,” said Mikel Weisser of the Arizona chapter of NORML. “The consumer protections are far reaching, and the social impact was consciously, deliberately considered. Arizona can be proud. This is worth fighting for.”

But as in 2016, the proposal faces strong opposition from much of the business community in Arizona.

“In light of our strong opposition from four years ago… proponents have a high bar to clear in order to convince us to adopt a new position,” said Mara Mellstrom, director of public affairs at the Arizona Chamber of Commerce and Industry.