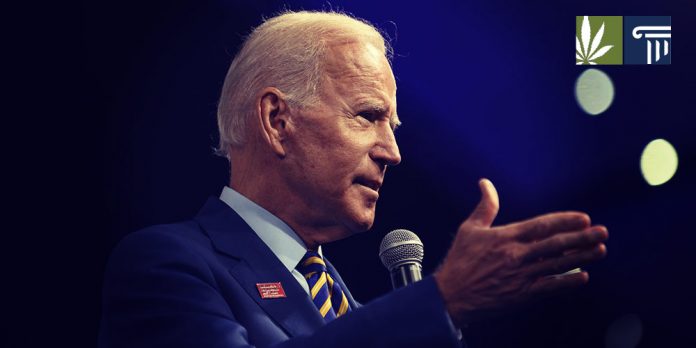 “The truth of the matter is, there’s not nearly been enough evidence that has been acquired as to whether or not it is a gateway drug,” said the former vice-president at a town hall meeting in Las Vegas. “It’s a debate, and I want a lot more before I legalize it nationally. I want to make sure we know a lot more about the science behind it.”

The following week, the veteran senator was bombarded with criticism, including from his fellow 2020 Democrat contenders, for giving credence to a widely-debunked theory.

Rep. Alexandria Ocasio-Cortez (D-NY) argued that Biden’s comments show that he is stuck in the past and unrepentant about his role in facilitating America’s War on Drugs.

“These are Reagan-era talking points that were behind one of the worst and most shameful phases of American policy, which is mass incarceration,” she said, shortly after announcing her view that all drugs should be decriminalized for consumption.

When pressed by Megan Messerly of the Nevada Independent on whether he stands by his gateway claim, Biden initially refused to acknowledge what he said.

Perhaps this is another example of Biden’s memory allegedly failing him. But given his inconsistencies on marijuana policy, and his role as one of the chief architects of a criminal justice bill that paved the way for mass incarceration, it’s much more likely to be a calculated u-turn.

Still, for now, he seems prepared to accept that there is little credible evidence to suggest that marijuana is a gateway drug to serious substance abuse.

“I don’t think it is a gateway drug. There’s no evidence I’ve seen to suggest that,” he continued in response to Masserly.

And, in an attempt to rewrite history, Biden went on to say that he has never believed marijuana could be a gateway drug, and that his calls for more scientific research into cannabis are to better understand its medical impacts, not its propensity to lead users towards harder drugs.

“That has been my position and continues to be my position,” he said.

“With regard to the total legalization of it, there are some in the medical community who say it needs to be made a Schedule II drug so there can be research studies, as not whether it is a gateway drug but whether or not it, when used in other combinations, may have a negative impact on people overcoming other problems, including in fact on young people in terms of brain development—a whole range of things that are beyond my expertise.”

Biden has softened his position on drugs in keeping with changing trends within the Democratic party, and an electorate that has grown tired and skeptical of mass incarceration. Legalizing marijuana is now the consistent majority position for Americans, after all.

Sen. Biden now supports cannabis decriminalization, though he has also argued that some marijuana offenses should be treated as a misdemeanor, which carries criminal penalties.

He has called for the release of those incarcerated for cannabis offenses, the expungement of prior criminal records, and reclassifying the plant from Schedule I to Schedule II status.

This marks a significant change from his previous hardline stance on drugs, but it is still light years away from that held by the other nominees for the 2020 Democrat candidacy.