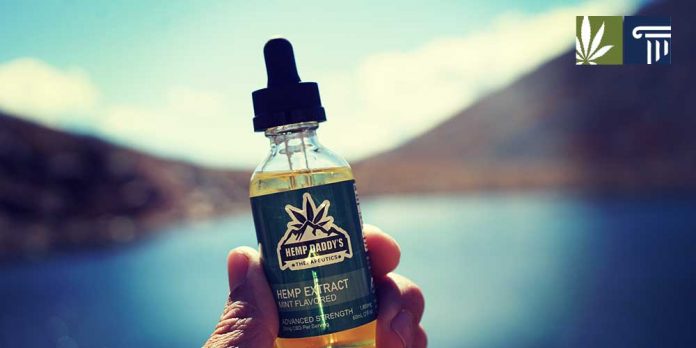 Georgia could soon allow the production and sale of low-potency medical marijuana oil under a bill passed by the House on March 5, 2019.

Two days before a legislative deadline typically requiring bills to pass at least one chamber by March 7, 2019, lawmakers voted 123-40 to clear the measure. The bill will now be considered by the state Senate.

The laws in Georgia have changed in recent years to allow possession of low-THC medical marijuana and expand the eligibility criteria. However, it is still illegal to grow, process, buy, sell or transport the substance.

The aim of the bill is to close the loophole that effectively prevents patients from obtaining the drug, despite being allowed to possess it. As a result, Georgians who are already state-registered as needing the oil would be granted access.

Under current state law, individuals with 16 specific conditions, such as cancer, seizure disorders, and Parkinson’s disease, are permitted to possess marijuana oil.

“These aren’t people who are seeking to use illicit drugs. These are people who have tried and failed with opioids,” said the bill’s key proponent, Rep. Micah Gravley (R). “These are people who simply want their children to experience less seizures, a loved one to be eased in the pain of cancer, maybe a relative, a mom or a dad with Parkinson’s, to enjoy a cup of coffee without shaking or not being able to hold a cup,” he said.

Some critics see the bill as a slippery slope to the legalization of recreational use. Nevertheless, Gravley has assured fellow lawmakers that this would not happen.

Instead, Gravely has said the measure would help roughly 8,400 Georgians who are already registered to use low-potency medical marijuana. The actual number of people impacted could reach “upwards of 15,000.” According to him, the lack of a safe, legal way to obtain the drug may have discouraged many people from applying for a Low THC Oil Registry Card.

Gravley hopes his measure would provide relief to families who feel forced to break the law just to get medicine for their loved ones.

The bill would grant 10 licenses to grow and manufacture the drug in Georgia, and could create as many as 50 retail locations. Additionally, it would assemble an 11-member board to oversee licensing applications and establish an office to regulate the program within the Department of Public Health.

The entire regulation process would “track all plants and products from seed to sale,” said Gravely. The bill would restrict who could enter retail dispensaries, require disclosure of the oil ingredients to buyers and ensure third-party testing for safety and efficacy. It would also explicitly ban vaping.

The committee added one amendment that requires the oversight board to include at least two minority business owners in Georgia.

Some lawmakers suggested during the March 5 debate that distribution through pharmacies, rather than retail premises, would allow for better regulation.

“Having pharmacies involved would help to regulate this even tighter than it currently is under the bill,” said Rep. Andy Welch (R). He still recommended lawmakers vote for the measure.

Gravley responded his bill did have stringent regulations but that he was still in talks with the Georgia Pharmacy Association on how to proceed.