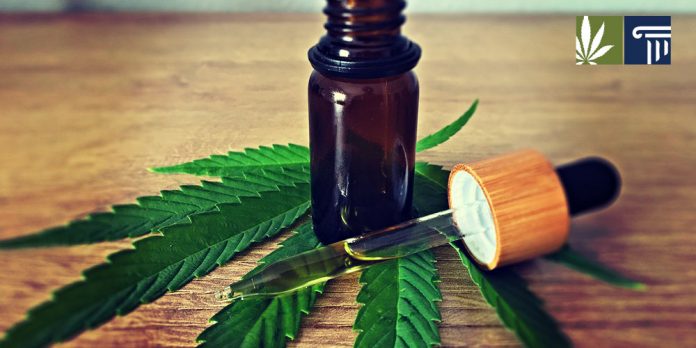 CBD products derived from hemp could be legally marketed as a dietary supplement through a new bipartisan bill introduced last week.

Though hemp and its derivatives have been federally legalized since passage of the 2018 Farm Bill – so long as they contain less than 0.3 percent THC – CBD is not yet recognized by the Food and Drug Administration (FDA) as fit for human or animal consumption, or as having medicinal value.

Under the Federal Food, Drug, and Cosmetic Act (FD&C Act), CBD-selling companies therefore cannot lawfully market their product as a dietary supplement with therapeutic benefits. Businesses found to be in violation of the FD&C Act could be fined or have their license revoked.

The FDA said it has so far used discretion in its enforcement of the law, and only issued warnings to CBD companies who make particularly unsubstantiated claims with very little scientific evidence about their products. While the FDA said they are supportive of medical research into CBD – they approved a CBD-based drug back in 2018 – they contend that there is still not enough hard evidence to determine its medical value conclusively. Many CBD businesses have attempted to circumvent the FDA’s authority by highlighting on the packaging what other customers have used the product for, and providing their testimony of its efficacy.

The new bill, introduced by a bipartisan coalition of lawmakers, would clear up the ambiguity and give businesses a lot more leeway to market their CBD products by amending the FD&C Act to include CBD as a legally-defined dietary supplement. The FDA has been busy developing CBD regulations of its own which would allow its sale in food or as a dietary supplement. But as former FDA Commissioner Scott Gottlieb said, this process could take years without Congress intervening.

One of the bill’s co-sponsors, Rep. Collin Peterson (D-MN), chairman of the House Agriculture Committee, said it was necessary for lawmakers to step in to provide assurances to hemp growers and businesses reliant on hemp.

“The last two Farm Bills were landmark successes for hemp, but we are still very early in this process, and growers need regulatory certainty,” Peterson said in a press release. “This bill will allow FDA to regulate CBD that comes from hemp as a dietary supplement, providing a pathway forward for hemp-derived products.”

Another of the co-sponsors, Rep. Thomas Massie (R-KY), is optimistic that strong bipartisan sentiment on the issue will secure the bill’s passage through the House.

“Bipartisan allies in Congress and in the grassroots have worked hard for many years to pave the way for hemp legalization,” Massie said. “In its first year, Kentucky’s industrial hemp industry added hundreds of new jobs and $100 million to the state’s economy. I’m confident H.R. 5587 will be another step in the right direction for industrial hemp.”

One strong supporter of the initiative is Senate Majority Leader Mitch McConnell (R-KY), who urged the FDA to quickly put regulations in place to allow marketing of CBD products back when the 2018 Farm bill was passed. The FDA responded that CBD regulations would be ready by early fall, but that has yet to happen.

Hemp industry advocates, such as Eric Steenstra of Vote Hemp, welcomed the bill’s introduction and called on lawmakers to ensure the crop’s equity with all other agricultural products.

“[Vote Hemp] supports this important new bill which will help provide clarity to the marketplace and ensure that CBD supplements can be marketed and sold nationwide,” Steenstra said in an email to the organization’s supporters.

“We urge Congress to pass this legislation quickly and FDA to regulate hemp derived CBD the same as any other supplement under existing regulations,” he added.

The bill contains other provisions that may benefit hemp growers in particular. One would require the U.S. Department of Agriculture (USDA)to carry out research on the “regulatory and market barriers for farmers engaged in hemp production.” The measure highlights difficulties posed to hemp farmers by requirements to test for THC concentration, and the cost of destroying crops which contain more than the prescribed amount. The USDA, which recently issued its proposed rules governing hemp production, would have one year to submit its findings.