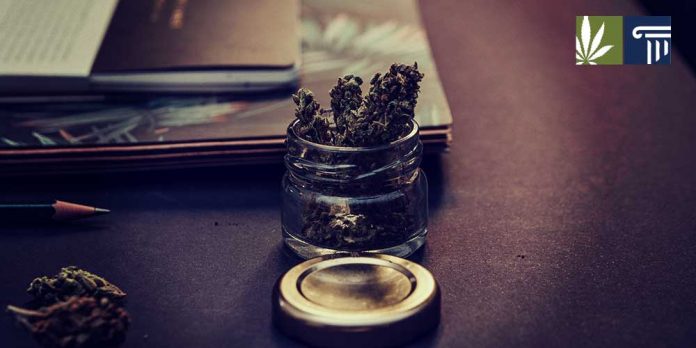 A new bill that would legalize and regulate medical cannabis was introduced to the Alabama House last week. A coalition of 20 bi-partisan legislators, including Republican House Speaker Mac McCutcheon, have co-sponsored the bill, HB 243.

Alabama started moving toward expanding its medical cannabis policy in 2014, when it passed Carly’s Law. The bill, sponsored by Rep. Ball, gave the green light to a University of Alabama, Birmingham study on the use of cannabidiol (CBD) oil in seizure treatment, and specifically, conducting clinical trials on children suffering debilitating seizures.

“The research is paying off,” Ball said.

Although Carly’s Law did not include any legalization of CBD oil or cannabis, it enabled the children participating in the research to access non-psychoactive CBD oil.

In 2016, after numerous efforts to legalize medical cannabis failed the year before, Alabama passed Leni’s Law. This legislation decriminalized cannabis-derived CBD (though not hemp-derived) for patients with a limited set of qualifying conditions. The bill followed the release of the UAB study results in March 2016, which showed that seizure control improved in half of the Carly’s Law study subjects.

HB 243 would extend Carly’s Law, which expires in July, to Jan. 1, 2021 and broaden Leni’s Law to also include patients over the age of 19 who are diagnosed with a qualifying condition.

Apart from revising Alabama’s current medical cannabis laws, the new bill would create a regulatory and licensing program for the state’s fledgling industry, similar to those in other medical-use states. Rep. Ball says he has received input from doctors who want Alabama to adopt a medical card approach.

HB 243 would do exactly that, while also making sure physicians have a key role in the patient registration process.

“We want to give doctors latitude on this,” Ball said.

According to Rep. Ball, doctors are keen to adopt the medical card approach. HB 243 would include this, while physicians would be tasked with the patient registration process.

The bill would also set up the Alabama Medical Cannabis Commission. The Commission would create and oversee a patient registry for those with qualifying medical conditions.

Beyond issuing cards to registered patients, it would start a licensing process for Alabama’s cannabis production industry and handle licenses for cultivators, processors, transporters, manufacturers and dispensary operators.

The bill got considerable momentum in the Alabama house with its 20 bi-partisan co-sponsors but some legislators worry that their pro-cannabis stance could jeopardize their political careers.

To embolden them, Rep. Ball said: “We don’t need to let fear stop us from helping people.”

Ball regretted that the legislative process to enable patients access to suitable treatment has moved so slowly in Alabama. He also stressed that the lack of progress due to the concerns about the risk of drug abuse – though CBD is non-psychoactive and non-addictive – hurts patients rather than preventing abuse.

“The only people we’re hurting is people who have legitimate medical needs,” Ball said.