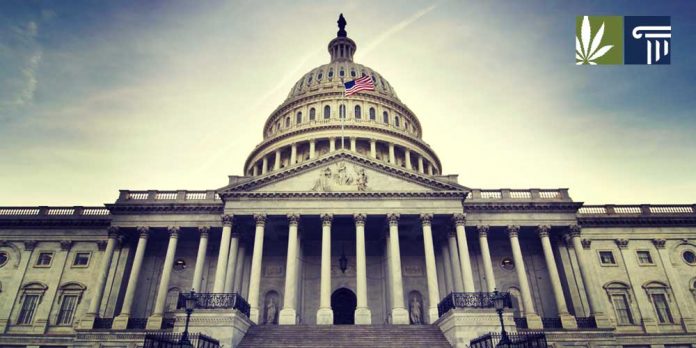 On April 4, a bipartisan coalition in Congress reintroduced The STATES Act, which aims to limit federal interference in states’ own marijuana policies.

Although the STATES (Strengthening the Tenth Amendment Through Entrusting States) Act – brought forward by Sens. Elizabeth Warren (D-MA) and Cory Gardner (R-CO) – wouldn’t lead to nationwide legalization, it would largely help reduce the discrepancy between federal law and the policies of the states that have legalized cannabis.

The measure has supporters among both Democrats and Republicans, and President Trump indicated last year that he will “probably end up supporting” it. Nevertheless, the legislation should expect some hurdles before it passes.

Warren and Gardner, who both represent states that have legalized marijuana, first introduced the bill last year, after then-Attorney General Jeff Sessions revoked the Cole memo. The non-binding Justice Department policy was created during the Obama administration to prevent federal interference in legal cannabis states. The STATES Act was designed to replace and broaden the Cole memo by enshrining the protections in law.

The latest version of the bill has already garnered support on both sides of the aisle in the Capitol. So far, the act has 13 Democratic and 13 Republican co-sponsors in the House. Supporters hope that the fact that it is quite simple and straightforward will attract more peers to come out in favor of the legislation in the coming weeks and months.

“It’s past time for Congress to clarify cannabis policy on the federal level and ensure states are free to make their own decisions in the best interest of their constituents,” Rep. David Joyce (R-OH) said in a statement. “The STATES Act does just that by respecting the will of the states that have legalized cannabis in some form and allowing them to implement their own policies without fear of repercussion from the federal government.”

Yet despite broad bipartisan support, the STATES Act is facing several roadblocks.

While the political climate has largely changed since the bill’s introduction last year, progressive Democrats are likely to oppose the act because of its lack of guarantees addressing the matters of social justice and equity. Lawmakers’ inability to find consensus on these issues was one of the reasons a legalization bill in New York failed earlier this month.

Rep. Barbara Lee (D-CA), though she supports the STATES Act, voiced her concerns about equity in the cannabis industry during the bill’s reintroduction.

“Communities of color are being locked out of this industry,” she said. “We have the opportunity to make this the most equitable industry in the country. Right now less than 1% of the cannabis industry is owned and operated by people of color. We can do much better than that.”

Another obstacle for the bill’s sponsors is pushing it through the Republican-held Senate and the House Judiciary Committee, which is currently overwhelmed by a number of pressing issues, such as the Russian interference investigation and Special Counsel Robert Mueller’s recent report.

But the momentum for marijuana reform keeps growing. Earlier in April, for example, the SAFE Banking Act passed in the House Financial Services Committee.

“This is an opportunity for us to break the logjam,“ said Rep. Earl Blumenauer (D-OR), one of the most vocal legalization proponent in the Congress and co-founder of the Congressional Cannabis Caucus. “The STATES Act is the next logical step in a comprehensive blueprint for more rational federal cannabis policy. It’s time for Congress to catch up with the rest of America are and fix a badly broken system.”