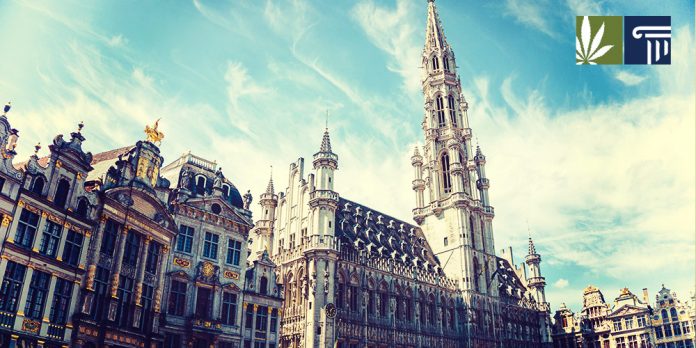 Hundreds of shops selling CBD products opened across Belgium in the past year, as budding entrepeneurs seek to exploit a legal grey zone in the country.

While marijuana is illegal in Belgium, hemp is allowed under EU farming laws so long as it contains less than 0.2 percent THC.

And there are no laws or regulations for cannabis-derived products such as CBD, following the Belgian government’s announcement in September, 2017, that such products do not fall under Belgian drug law.

This precipitated the boom in shops selling CBD products, which is commonly consumed in a variety of ways to relieve pain, relax and boost energy.

“The people that sell products based on CBD use [the EU’s Common Agricultural Policy] legislation a bit as a shield to say, ‘Ah, but they have less than 0.2 percent THC, so legally we can sell it.’ And they are right,” said Olivier Christiaens, a spokesman for Belgium’s Federal Agency for Medicines and Health Products.

In the last 18 months, 200-300 CBD shops have stepped into this legal vacuum, with around 100 in the Belgian capital, Brussels, alone.

While these shops can sell CBD products, quirks in the law mean that they cannot market the products for human consumption, otherwise it would fall under the purview of Belgium’s federal agencies.

To get around this, many shop owners sell CBD products as potpourri or collectable trinkets, with clear labels stating that the product should not be consumed.

“Naturally, they sell these products as not for human consumption, but everybody knows the clients who go there will buy them and consume them at home,” said Christiaens, the spokesman for the medicines agency. “It’s a bit difficult to say they are sold legally.”

The growth of CBD-selling shops has not escaped the attention of the Belgian authorities. Realizing the potential for a windfall in tax revenue, the Finance Department ensured in April, 2019, that dried hemp flowers be legalized and classified as a tobacco product. As such, hemp-derived products are now taxed at 31.5 percent in addition to 21 percent value-added tax (VAT).

This law opened up a market of more than 100,000 retail outlets selling tobacco in Belgium to companies and individuals providing dried hemp flower.

“We import our flowers from Switzerland with all the European custom codes as tobacco products,” said Ugo Lemaire, CEO of Buddy Brussels, an import and distribution company founded in 2018. “We transport it ourselves, and we go to the custom border once we arrive in Belgium. We have a partnership with a tobacco manufacturer to store our flowers in their fiscal tobacco warehouse. This allows us to order fiscal labels (required for cigarette boxes) and to sell these flowers in bulk across Europe.”

Lemaire notes that this situation puts Belgium at odds with much of the rest of Europe, but he believes that other countries will soon follow. Luxembourg, for one, is set to adopt the same model from December 1, 2019.

“We anticipate that the rest of Europe will go in the same direction, which is a huge opportunity for us,” Ugo said. “We are still waiting for a harmonization of legislative frameworks across EU state members, and a clarification on the edibles to be able to make long term partnerships with foreign actors. The tobacco manufacturers outside of Benelux aren’t really paying attention to CBD flowers now, as this whole context is still unclear.”

Eveline Van Keymeulen, a legal specialist in cannabis and hemp regulation, also thinks that harmonizing existing EU regulations for food, medicines, and cosmetics to CBD products is the best way to avoid legal confusions and uncertainties between and within EU member states.

“What we see for now in Belgium, but also many other member states, is that authorities are a little bit scared to take on the issue. They take a very, very restrictive position, as in trying to prohibit everything … [but] then of course you create a lot of legal uncertainty, a lot of confusion and people start trying all kinds of things,” she said.