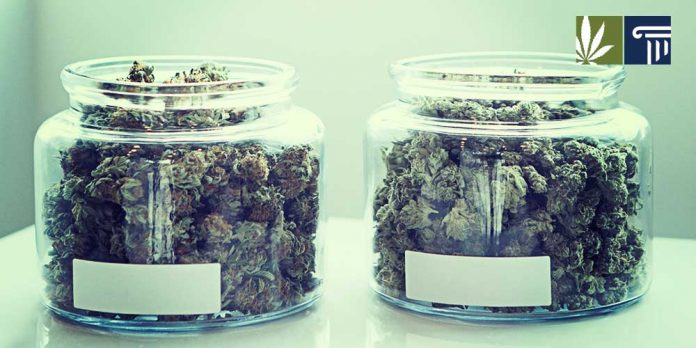 Although many cities and counties voted in favor of state legalization, over 50 percent prohibit local stores. But soon, California could be the first state to force local officials to allow at least one marijuana store in municipalities where a majority of voters approved them.

Assembly members Phil Ting (D-San Francisco) and Reginald Jones-Sawyer (D-South Los Angeles) co-authored Assembly Bill 1356, which advanced out of its first committee on April 23 in a 12-7 vote and now awaits a scheduled vote in the Assembly’s Appropriations Committee.

The bill would increase the number of retailers threefold, from 635 to over 2,200.

Americans for Safe Access is one of the organizations supporting the legislation. The medical marijuana advocacy group keeps tabs on medical marijuana access in California, where some qualifying patients live more than 100-miles’ drive away from the nearest legal cannabis retailer.

The opposition is led by two influential lobbying groups for cities and counties. One of them, the League of California Cities, claims the proposal runs counter to the idea of local control, undermines Proposition 64, and requires a state vote to become law.

Local cities and counties were put in charge of their own cannabis policies with medical marijuana regulations from 2015, and recreational use measure Prop. 64 from 2016.

Prop. 64 garnered 57 percent of votes, in 342 of California’s 482 cities and 46 of the state’s 58 counties. But three years on, only a quarter of cities and counties have authorized local shops.

Also in Corte Madera, which is considered to be one of the more liberal enclaves and where 72 percent of voters favored legalization, local leaders refused to allow dispensaries.

Speaking at a press conference on his state budget, Gov. Gavin Newsom said he “knew [cities and counties] would be stubborn on providing access and providing retail locations, and that would take longer than some other states.” Due to delays in some towns, marijuana tax revenue projections for 2019 have fallen by $326 million.

Cities and counties have expressed concerns that they lack the know-how to implement local cannabis regulations, even though they could follow the example of their neighbors.

Some have worried about the impact of cannabis stores on crime rates, teen use and property values, despite data suggesting positive trends.

Rep. Ting has said faulty local licensing rules are to blame for the growth of the black market in California. To counteract this, AB 1356 would require cities where Prop. 64 was approved to allow either one cannabis retailer for every four liquor stores or one retailer per 10,000 people.

According to the amended version of the bill, local leaders wouldn’t have to allow an adult-use store, just a medical dispensary. Voters could also oppose cannabis stores in referenda.

But others, such as the United Domestic Workers of America, support the legislation.

“A [healthcare] provider living in Placer County should not have to drive up to an hour to and from Sacramento in order to purchase medicine for their clients, as this poses a substantial burden to their day-to-day priorities,” the UDW said. “AB 1356 would promote accessibility for those who use cannabis as a medicinal alternative, allowing Californians to reap the benefits they voted for in Proposition 64.”