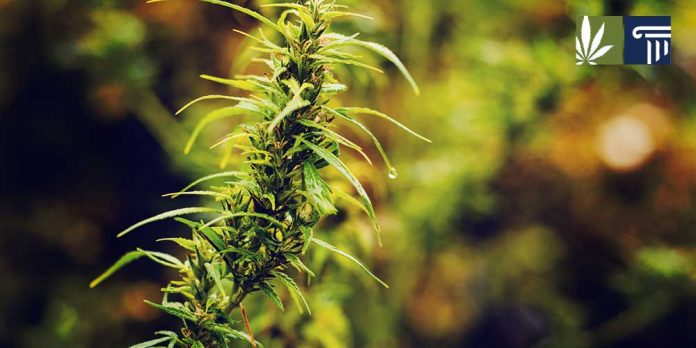 Criminal, civil, and tax law enforcement of commercial-scale cannabis operations in California is becoming more robust in 2019, judging by a flurry of recent arrests and closures across the state.

Gov. Gavin Newsom announced in his state of the state speech in February that he’d be redeploying some National Guard troops to public wildlands where illegal cannabis farms often run by cartels are to be found. Gov. Newsom said the unpermitted grows “are devastating our pristine forests, and are increasingly becoming fire hazards themselves.”

The move came after state regulators at the Bureau of Cannabis Control (BCC) announced their first search warrants of the year on Friday.

Now that medical cannabis laws are firmly in place, police are targeting unlicensed farmer’s markets and dispensaries, as well as traffickers based out of indoor grow houses in Southern California and hash labs in Humboldt County.

Past medical marijuana activity like collective sales and distribution is now clearly illegal, under medical regulations from 2015. That’s forcing the closure of popular farmer’s markets and unlicensed shops.

In Humboldt County, civil code enforcement and sheriffs work together in locating and eradicating commercial-scale illicit operators. On Jan. 11, deputies raided an unpermitted hash lab, eradicating about 991 plants, more than four tons of cannabis trim, 277 pounds of bud, and 26.5 pounds of butane hash oil. Deputies also seized over $13,000 in cash.

State regulators at the BCC confirmed to industry members in San Francisco in February that 2019 will be marked by an increase in enforcement.

BCC communications director Alex Traverso said that now that the pathway to legality for cannabis growers and sellers is well established, there is no excuse for non-compliance. The BCC intends to step up its complaint-driven enforcement actions, with many of the filed complaints coming from licensed sellers who resent being undercut on taxes and regulations by the unlicensed market.

Another reason for the statewide crackdown is a shortfall in expected tax revenue. Year one cannabis sales, excise, and cultivation tax revenues came in hundreds of millions of dollars below projections for 2018.

Illicit operations are not the only focus of state and local authorities. Local sheriffs in central California recently shut down two licensed farms – a new first in the state.

In addition to police operations, civil code enforcement and tax collection officers are expected to ratchet up their efforts to ensure compliance with the state’s commercial cannabis regulations. Rather than making arrests with heavily armed SWAT teams, these tax and code officers use fines, levies, and seizures to shut down non-compliant commercial activities.

Los Angeles Rep. Reggie Jones-Sawyer also said last week that he’s working to free up budget for an illicit market crackdown—driven by both police and industry requests. The city of Los Angeles might have 170 licensed stores and 1,700 illegal dispensaries “competing with the legal ones.”

In remarks supporting tax relief for cannabis licensees, Jones-Sawyer said: “Hopefully we’ll be taking about some other programs where we can shut down these illegal ones. We need to suppress the black market until it completely goes away. If we don’t do that we will severely hamper an industry that we need in this state right now.”