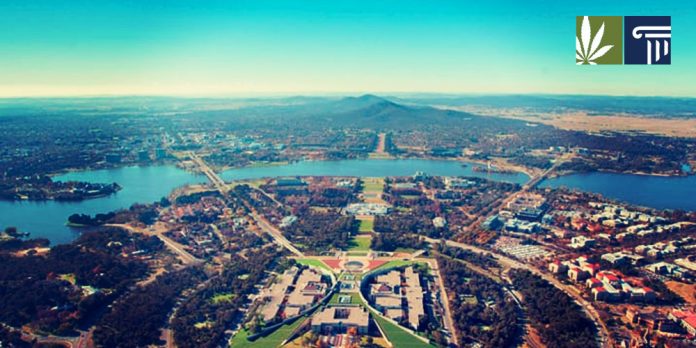 Canberra, the capital of Australia, has legalized adult-use recreational marijuana in the city, becoming the first part of the country to do so.

Lawmakers in the Australian Capital Territory (ACT) Legislative Assembly voted at the end of September to legalize possession for adults of up to 50 grams of dried cannabis and cultivation of two marijuana plants.

The law prohibits adults from consuming marijuana around children, and requires that the drug is stored out of their reach. Individual marijuana consumers and cultivators are also not permitted to sell or supply their marijuana to another person. And while individuals may grow up to two plants, this is limited to four per household irrespective of how many adults may live there.

ACT Attorney General Gordon Ramsay, a Labor Party cabinet member, welcomed the vote, saying that drug addiction should be seen as a health issue, not a moral one.

In voting against the legislation, the opposition said that marijuana legalization would lead to a spike in its use and, in turn, cause more drug-induced psychosis.

Medical marijuana was legalized in Australia in 2017, and possession of small amounts of cannabis has been decriminalized throughout the country as well. But ACT’s move towards legalizing possession and cultivation is a first for any of Australia’s eight states and territories.

Still, under Australian federal law, possession of even small amounts of cannabis remains illegal, creating some legal uncertainty for residents of Canberra.

Andrew Barr, Labor Party Chief Minister and the head of parliament in ACT, attempted to assuage fears regarding potential federal prosecutions by saying that federal prosecutors are “concerned with larger matters than the possession of a small amount of drug.”

Federal prosecutors themselves have stayed silent on the question of how likely such prosecutions would be.

Barr went on to describe the idea of police charging Canberra residents for possessing marijuana under federal law as “outrageous,” and that even if this were to happen then the arrested individual could use the new territory law in their defense.

Australian Federal Police Chief Ray Johnson had a slightly different take, acknowledging that large-scale drug trafficking operations were the priority, but that police officers were also free to enforce federal law as well.

“I welcome what I consider to be a courageous decision by the A.C.T. parliament to put control into a completely uncontrolled environment,” the statement said.