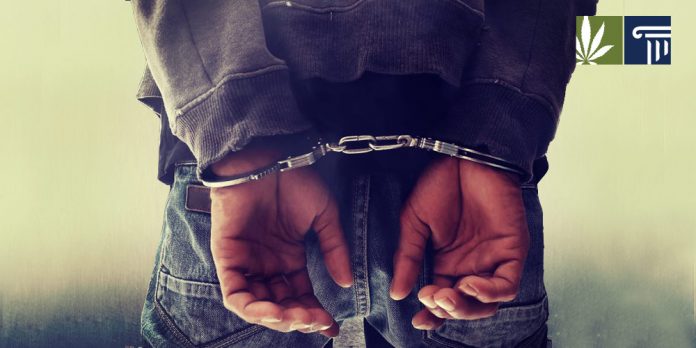 Eleven states have legalized marijuana, others have passed decriminalization measures, and several recent polls indicate that a clear majority of Americans support ending federal prohibition. But still the number of US marijuana arrests continues to rise, as shown by new federal data.

The FBI’s Uniform Crime Reporting Program reveals that law enforcement made an estimated 663,367 marijuana arrests in the US last year – equivalent to an arrest every 48 seconds.

To put this into perspective, the total arrests made for cannabis possession are greater than for burglary, sexual assault, arson, fraud and disorderly conduct. The same was also true back in 2015, as revealed in a joint report by Human Rights Watch and the American Civil Liberties Union.

“They’re not significantly different from previous years, despite the fact that we see states passing increasing and more progressive marijuana reforms, both as decriminalization and legalization.”

The figures come from local police agencies sharing their crime data with the FBI. In total, more than 1.6 million drug-related arrests were made in 2018, around 40 percent of those being for cannabis.

Further inspection shows that more than 90 percent of marijuana arrests were for possession.

“At a time when the overwhelming majority of Americans want cannabis to be legal and regulated, it is an outrage that many police departments across the country continue to waste tax dollars and limited law enforcement resources on arresting otherwise law-abiding citizens for simple marijuana possession,” NORML Executive Director Erik Altieri said in a statement.

The FBI report includes clearance data for violent crimes. Only 33 percent of rapes, 62 percent of murders, 53 percent of aggravated assaults and 30 percent of robberies were cleared across the country.

And yet recent research published in Policy Quarterly shows that after legalizing marijuana, Washington and Colorado’s clearance rates for violent crimes shot up. The same is true for property crimes in these states, bucking the national trend which saw a decline.

As the researchers put it, “in the absence of other compelling explanations, the current evidence suggests that legalization produced some demonstrable and persistent benefit in clearance rates, benefits we believe are associated with the marijuana legalization proponents’ prediction that legalization would positively influence police performance.”

Steve Hawkins, executive director of the Marijuana Policy Project, says the FBI’s own data shows the need for marijuana legalization.

“There are many reasons to support replacing prohibition with regulation, but as additional data from the new FBI report illustrates, arresting cannabis offenders prevents police from focusing on real crime,” Hawkins said.

What the FBI’s data over the last three years also shows is that though the pro-marijuana reform movement has had a lot of success recently, federal prohibition and the harm it causes across the country is still very much with us.

“The War on Drugs isn’t over. The war on cannabis consumers and patients isn’t even over: it’s escalating, and we know from past experience that it’s disproportionately affecting communities of color,” said a spokesperson from Cage-Free Cannabis, a nonprofit focused on helping people expunge their marijuana-related criminal records.

“The increase in arrests for cannabis offenses underscores the need for immediate federal legalization, automated expungement, and repair of the harms done by prohibition.”