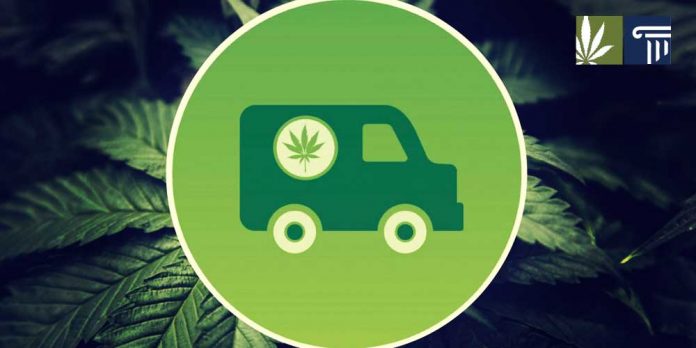 In California, the marijuana delivery business is doing well, while in Oregon the picture is not as promising. This difference can be attributed to several factors, including the constantly changing patchwork of state and local laws, customer habits, and urban geography.

One key factor in Southern California is drive time. As anyone who lives in Southern California knows, it can take a long time to drive anywhere, which increases the appeal of waiting at home for a delivery rather than driving to a dispensary. A search on Yelp for delivery services in Los Angeles, for example, yields 21 pages of results, with 30 listings per page. In Portland, however, Yelp lists only one page of delivery services.

The proposed expansion of delivery services in California has met with opposition. Among the opponents is the California Police Chiefs Association, which has said that delivery vehicles and drivers will be a target for crime. The California League of Cities also opposes more legal delivery, which would effectively end the bans that many cities have placed on marijuana businesses. This resistance to delivery also exists in Oregon and explains why delivery is banned in Colorado (although the ban may soon be lifted). Finally, the United Food and Commercial Workers (UFCW) Western States Council, a union that represents dispensary workers, also opposes allowing more delivery, even though California’s proposed regulations mandate that delivery drivers be employees, not independent contractors.

Drivers would also be required to maintain logs and adhere to rules about how they run their deliveries.

Regulations also affect delivery businesses in Oregon, where, for example, drivers must return to their dispensaries after each run, a rule that severely hampers the economic efficiency of a delivery service. In addition, delivery dispensaries must operate under the same regulations as walk-in dispensaries, which means they must have the same expensive security setups.

Regulatory issues are not the only reason why delivery services are not doing as well in Oregon as they are in California. Another is culture: Oregonians like to see and smell the weed before they buy it, and unlike people in Los Angeles, they do not see delivery fees as a small price to pay for not having to face traffic. While California dispensaries also allow people to see and sniff before buying, many are content to buy according to blend, brand name, and price.

In legal states, delivery remains a contentious topic, and this debate is reflected in regulations that either hamper or foster delivery businesses. Regulations aside, however, geography and customer preference also play significant roles.

What do you think? Will California’s government tame its illegal delivery market? Will opposition to delivery decline once well-regulated markets are established? Leave a comment below.