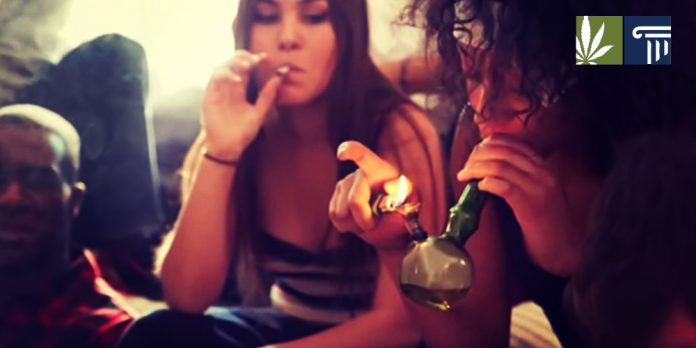 College students these days use a lot more marijuana than their parents ever did, but a lot less of the hard drugs that plagued the Go-Go ’80s, a new study finds.

Data released Sept. 12 shows that today’s 20-somethings use cannabis at a considerably higher lifetime rate than their parents. The rate of all illegal drug use has plummeted, however.

The figures are part of an ongoing four-decade study of drug use conducted by researchers at the University of Michigan. The scientists said they were stunned by the total lifetime rate of illicit drug use by late Baby Boomers and early Generation Xers.

“The proportion of Americans in their 40s and 50s who have experience with illicit drugs is quite shocking,” said Lloyd Johnston, a researcher at the University of Michigan and lead author of the study. “It’s a great majority.”

More than 70 percent of adults in their 50s admit to having used an illegal drug at some point – not counting marijuana. Including pot, the total rises to a stunning 85 percent. This generation, born mostly in the 1960s, came of age in the ’80s, a time of widespread hard drug use.

Cocaine was especially popular during that decade, fueling an epidemic of urban crack addiction. This spike is historically seen as the tail end of a wave of widespread drug abuse starting in the ’60s.

Hard drug use among students declining

By the time these older Americans were in college, half had tried illegal drugs of some kind. By contrast, only 40 percent of their college-age kids had used drugs by the same age. That is not true of cannabis, Johnston said.

“For the most part, among both college and high school students, their perception of how dangerous it is has dropped like a rock,” he said.

The most likely reason, he said, is the greater transparency and increased political discussion about cannabis, its benefits, and its uses.

“It’s hard to see what else would account for such a dramatic change in perceived risk,” Johnston said.

But it’s critical to note that this perception only applies to cannabis. College-aged Americans are using less of everything but marijuana these days: Cigarette smoking is down, binge drinking is down, and, perhaps most significant, abuse of prescription opioids – the leading cause of overdose death – is down from 8.7 percent in 2003 to 3.3 percent last year.

“Maybe the most important of all is the decline in narcotic drugs like Vicodin and OxyContin and so forth,” Johnston said. “That’s despite the fact that we know from the news that the use and misuse of narcotic drugs is a growing problem in the country.”

Tell us what you think: Why are people in their teens and 20s using more pot but fewer opioids and other hard drugs? Leave a comment and let us know.