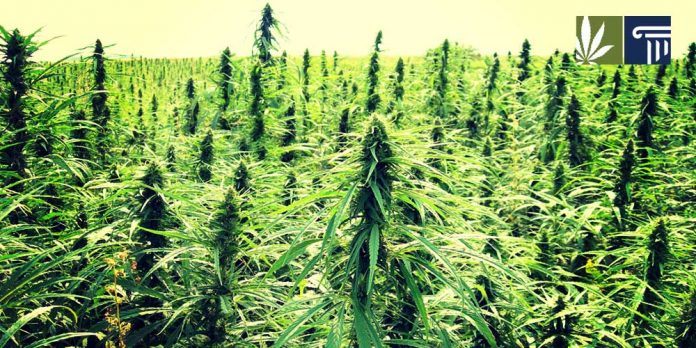 In Colorado in November, voters will have the opportunity to approve Amendment X, a ballot initiative that would change the state’s legal definition of industrial hemp. This change is being proposed in anticipation of federal legislation to legalize hemp farming nationally.

Currently, the state defines industrial hemp as cannabis that contains no more than 0.3 percent THC as measured in dry weight. If the measure passes, the state will take this definition out of its constitution and place in statute, making it easier to change later if necessary. The state’s definition will also change to whatever the federal definition is. This move anticipates that the federal definition may allow a higher THC content. If Colorado does not make the change, it could hobble its industrial hemp production by holding it to a more restrictive standard than that available to other states.

As State Senator Steve Fenberg put it in a tweet: “The change will take the definition out of the constitution and put it into statute. The Feds are likely about to declassify hemp and potentially make the % THC definition higher than what we current have. If they do that, our farmers would be at a disadvantage.”

Currently, Colorado is a leader in industrial hemp production, with hundreds of licensed producers putting thousands of outdoor acres and millions of indoor square feet under cultivation. There are an estimated 25,000 uses for hemp seed, fiber, and oil. These include CBD, fuel, food for animals and humans, building and packaging material (including in uses like those of carbon fiber), fibers for clothing and other textiles, and, of course, rope. Colorado’s climate is well-suited to hemp production, and its already well-developed cultivation programs have attracted the attention of foreign investors.

Hemp’s economic promise has not escaped the notice of lawmakers in Washington, D.C. Senate Majority Leader Mitch McConnell, a Republican from Kentucky, another state with a strong industrial hemp market, is leading an effort to allow for more industrial hemp production in the United States. He is seeking to add provisions to the 2018 Farm Bill to legalize industrial hemp farming nationally. In tweets, he is quoted as saying:

"It’s no secret I’m particularly excited about the parts of the Senate-passed bill that concern industrial #hemp. American consumers have been buying hemp products for decades. The crop’s proven its usefulness."

It’s no secret I’m particularly excited about the parts of the Senate-passed bill that concern industrial #hemp. American consumers have been buying hemp products for decades. The crop’s proven its usefulness. It’s past time that we build on the work we began with the pilot program in the 2014 Farm Bill and unleash farmers in #Kentucky and across the country to grow #hemp right here at home–with proper oversight–so they can capitalize on this multi-billion dollar market.

He also said that “I think the confusion with its more controversial cousin has largely been eliminated.” The powerful senator’s support for industrial hemp legalization increases the likelihood that his provisions of this year’s farm bill will survive the legislative process. In a move to appease opponents of legalization, which include Attorney General Jeff Sessions, McConnell added a provision to the legislation that would forbid those with felony drug convictions from working in the hemp industry. While this measure has been criticized for its failure to address the injustice of disparate enforcement of drug laws, McConnell may have correctly estimated what steps needed to be taken to ensure that industrial hemp becomes legal to grow anywhere in the United States.

What do you think? Will industrial hemp farming become legal nationally? Leave a comment below.