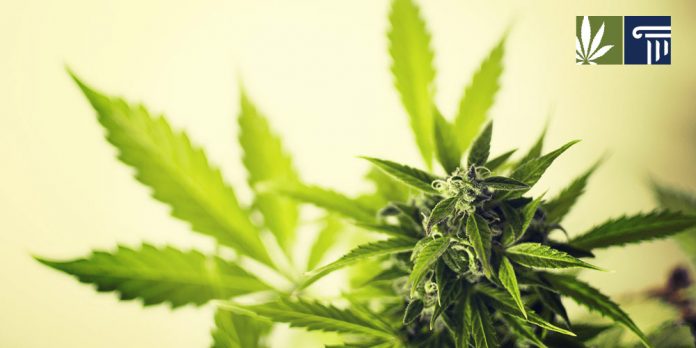 One of President Trump’s allies in Congress says he would ignore any attempt by the president to remove the long-standing rider in the 2021 federal budget. The congressionally-approved protection prohibits the Justice Department from intervening in state-legal medical marijuana programs.

Rep. Matt Gaetz (R-FL) made the announcement in response to a question posed on Twitter by Tom Angell of cannabis advocacy group Marijuana Majority.

“No. We have the votes to continue the current policy through the appropriations process,”Gaetz said.

Angell then asked if removing the rider could prove to be “politically damaging” for the president, but Gaetz did not respond. Rep. Gaetz is a strong advocate of medical cannabis research and said in a Fox Business interview last year that President Trump has been “very supportive” of medical marijuana in the conversations he’s had with him. Last year, Rep. Gaetz introduced two bills to Congress – the Medical Cannabis Research Act and the Expanding Cannabis Research and Information Act. He also co-signed a letter urging Congress not to penalize universities carrying out studies on marijuana.

President Trump approved a proposed budget for fiscal year 2021 with the medical marijuana rider – which has been in every congressional spending bill since 2014 – but did so whilst saying he reserves the right to act contrary to it. The president said his administration “will treat this provision consistent with the President’s constitutional responsibility to faithfully execute the laws of the United States.”

This isn’t the first time Trump has removed the rider in federal budget proposals. He did so last year and in 2017. President Obama also requested the congressionally-approved protection be removed when he served in office, but in all cases since it was enacted in 2014, Congress has stood firm. Last year, the House even sought to expand federal protections to state and tribal jurisdictions with recreational marijuana programs, but the effort stalled because the Senate didn’t include such a provision in its version.

That’s why Maritza Perez, director of national affairs for the Drug Policy Alliance, thinks the protection will ultimately be reinserted into the final budget approved for fiscal year 2021.

“I don’t think it’s going to be a huge uphill battle, just because this is something Congress has agreed with just in the past few years,” she said. “This is an area where I’d say the administration is definitely more conservative than Congress.”

Still, Rep. Earl Blumenauer (D-OR), who co-sponsored the legislation which established the medical cannabis rider in the federal budget, warned of the need to remain vigilant in order to hold on to these protections.

“Trump’s latest budget is an attack on 8 years of progress at all levels. Luckily, Congress has fought back and defeated most of Trump’s misguided budget priorities,” he said.

“I will continue to lead the effort to protect state legal medical cannabis programs and seek to get new protections for adult-use and tribal programs. These are critical as we continue our fight to reform hopelessly outdated federal cannabis policies.”

While perhaps not a huge threat to medical cannabis industries across the US, President Trump’s latest move against state autonomy to determine marijuana policy demonstrates that he cannot be trusted as an ally of cannabis reform. Though he has spoken in support of respecting state cannabis laws on several occasions, his actions often tell a different story.

Take Washington D.C., for example. Trump’s budget proposal continues to prohibit municipal officials in the nation’s capital from using local tax dollars to establish an adult-use cannabis industry, even though the mayor and numerous advocacy groups have pressured Congress to get out of their way on this for years. Possession and home cultivation of cannabis was legalized through a voter ballot initiative in Washington D.C. back in 2014.