If the Biden-Harris ticket wins the presidential election in November, Congress would look to support minority-ownership of state-legal marijuana businesses, according to Sen. Ed Markey (D-MA).

Sen. Markey, who defeated Rep. Joe Kennedy III (D-MA) in the Massachusetts Democratic Senate primary on September 1, made the remarks during a Congressional Candidate Forum organized by the Black Economic Council of Massachusetts (BECM).

“It should be, amongst other things, a recognition that so much of what has happened over the last 20 to 25 years in our country is that we have criminalized being black, being brown, being immigrant, being poor, substance issues, mental health issues, homelessness issues—we’ve criminalized it,” he said.

“Ultimately at the federal level—beginning on January 20, 2021, when Joe Biden and Kamala Harris are sworn in—we create the programs that makes it possible for businesses to gain access to the capital they need in the minority community so that they can establish their own businesses in the cannabis sector,” Markey added.

Markey’s comments follow an interview he gave last month where he said Congress would legalize cannabis in spite of Biden’s opposition to the measure. The Democratic nominee for the presidency favors decriminalizing marijuana, legalizing medical cannabis, allowing states to determine their own adult-use policies and helping states expunge marijuana-related convictions.

Markey shared a platform with Rep. Kennedy at the virtual BECM forum prior to the Massachusetts Democratic Senate primary. Rep. Joe Kennedy said he backs the Marijuana Opportunity, Reinvestment and Expungement (MORE) Act – introduced to the Senate by Biden’s pick for vice-president Kamala Harris – in particular because of its social equity and restorative justice provisions.

“I support that legislation and will continue to push on legislation to make it through the House of Representatives because the time has come,” Kennedy said.

Watch Rep. Kennedy discuss his support of the MORE Act and how, as senator, he would promote minority ownership of marijuana businesses in Massachusetts.

When asked how he would promote diversity in the adult-use cannabis market, Kennedy noted “regulatory complexity” and the requirement for “significant initial investment” as barriers to minority ownership that need to be tackled. Markey, in response to the same question, said the best way to promote minority ownership in the cannabis industry is to ensure communities harmed by the war on drugs have access to start-up capital through federal and state programs.

“When this round [of reform] occurs, we just have to say it, and then make sure when the financing is there that helps these small businesses to take advantage of this brand new era,” he said. “And we have to make sure that the black community, the minority committee, is at the front of the line and getting the help it needs. There has to be an intentionality that we attach to make sure that everyone is able to fully participate.”

Watch Sen. Markey outline how he will support marijuana legalization at the federal level and what he would do as senator for Massachusetts to achieve social equity in the state’s cannabis industry.

While both candidates were emphatic in their support for marijuana legalization with social equity provisions, it’s only relatively recently they’ve embraced the position. During the BECMA forum, Markey mentioned he voted in favor of Massachusetts’ 2016 ballot initiative to legalize cannabis, but he was also reticent to publicly support the measure in the run up to the vote. Kennedy, for his part, was a prohibitionist until 2018. Markey largely remained silent on the issue until last year when Kennedy announced his campaign to unseat the veteran congressman. Shortly after Kennedy declared his challenge, Markey signed onto three marijuana reform bills.

In the race to represent the Democratic party in the Senate for Massachusetts, it appears that active support for federal marijuana legalization and a credible plan to achieve social equity in the state’s cannabis industry is now a prerequisite. 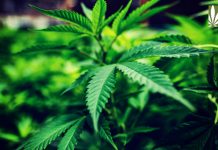