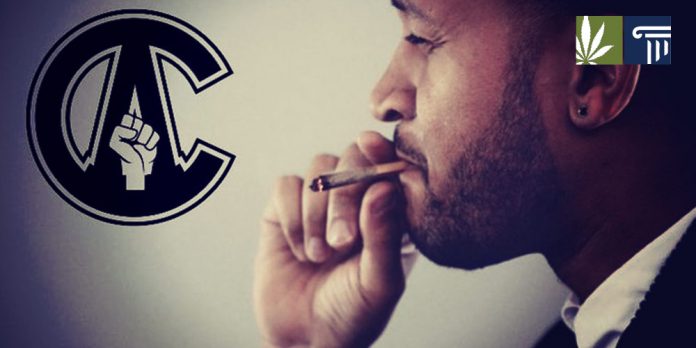 An Illinois congressional candidate looking to unseat long-standing Rep. Danny Davis released a campaign video where he smokes cannabis whilst talking about his experiences with the drug and the need to end federal prohibition.

Anthony Clark, an Air Force veteran, is running in next year’s Democratic primary for the second time in the hope of ousting Rep. Davis (D), who has held the seat since 1997.

Clark said he first tried cannabis back in high school, but only started using it again when he was honorably discharged from the military following an injury he sustained at a shooting in Seattle, Washington, more than 10 years ago.

After the shooting, he was diagnosed with post-traumatic stress disorder and issued with a medical cannabis card in Illinois to help cope with his anxiety. He later discovered that he also suffers from Behcet’s disease, a rare blood disorder.

“Cannabis has always been there for me throughout my life, enabling me to interact with society and deal with the pressures that society often brings upon you,” he said in discussion with two other Chicago residents as part of round-table smoke-session-cum-discussion.

Clark, a member of the resurgent Democratic Socialists of America, argues in the video that being open about his daily marijuana use is a way to challenge the status quo on racial and economic issues beyond marijuana legalization.

“[If] we really want to make change and we have a platform, you just have to be courageous with your platform,” he said.

“Legalization with a focus on racial justice is a direct part of building greater equality in our country,” he added.

“I think I have to be just as open about my cannabis use because lying to individuals, I think, plays a direct role in enabling status quo, in enabling the oppressors, the top one percent, to remain,” he said. “I don’t hide this at all. I tell people on a daily basis, cannabis saved my life, it continues to save my life.”

Clarke is joined by two other Democrats, Kina Collins and Kristine Schanbacher, in the battle to unseat Rep. Davis. Clarke only received 26 percent of the vote the last time he ran, but while Davis recently co-sponsored legislation to end federal prohibition, Clarke argues that the incumbent has not shown true leadership on the issue.

“[N]ow he sees after 2018 the shift in the public sentiment — of course with it becoming legal in Illinois [in] January — now he’s going to sign on,” said Clark. “But did he fight for it? Was he bold? Was he out front? Was he extremely transparent about it, like we were? No.”

To be fair to Davis though, he first supported amendments to protect states’ medical marijuana programs from federal intervention back in 2003. And he has been fairly consistent in his support of pro-marijuana reform legislation since then. But he is yet to show his support by smoking weed in a campaign video.

This wasn’t the first time that Clarke lit up on camera. A week before, he marked his 10,000 follower on Twitter by smoking weed and singing along to Ice Cube’s “It Was A Good Day.”

Nor is he the first congressional candidate from Illinois to openly smoke cannabis as part of a campaign ad. Benjamin Wolf aimed to unseat Rep. Mike Quigley last year, with the help of a photo of him in front of the American flag smoking a joint.