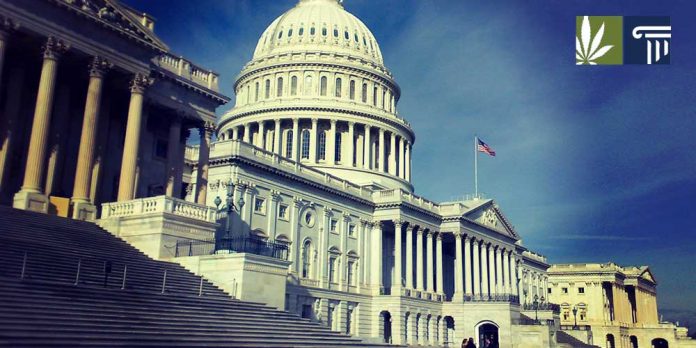 On July 10, a key congressional committee held an historic hearing on ending federal marijuana prohibition, during which cannabis advocates and lawmakers debated not whether to legalize, but rather how to do it in an effective and politically achievable way.

The hearing, “Marijuana Laws in America: Racial Justice and the Need for Reform”, focused largely on the harms done by the War on Drugs, which has disproportionately affected communities of color and criminalized a generation of young people. This has limited their access to employment, education and public assistance benefits.

The House Judiciary Subcommittee on Crime, Terrorism, and Homeland Security heard testimonies on how to repair these harms by ensuring social equity in the legal cannabis industry and investing revenues from marijuana sales in communities that suffered most as a result of widespread racial disparities in cannabis-related arrests and convictions.

“Applying criminal penalties with their attendant collateral consequences for marijuana offenses is unjust and harmful to our society,” Jerrold Nadler (D-NY), Judiciary Committee Chairman, said. “The use of marijuana should be viewed instead as an issue of personal choice and public health.”

Another significant part of the debate concerned the Strengthening the Tenth Amendment Through Entrusting States (STATES) Act, which would protect cannabis consumers and businesses in legal states from federal interference.

But some advocates argued that the STATES Act is not comprehensive enough. Instead, ending prohibition should be modeled on more far-reaching legislation like the Marijuana Justice Act. The bill, introduced by Sen. Cory Booker (D), a 2020 presidential hopeful, would, unlike the STATES Act, deschedule marijuana from the Controlled Substances Act altogether, as well as expunge prior cannabis convictions and penalize states for carrying out discriminatory cannabis prohibition by excluding them from access to certain federal funds.

Though proponents of the STATES Act don’t necessarily oppose bills like the Marijuana Justice Act, they believe that timing and political calculus gives the STATES Act the most chance of being passed in this congressional session.

“The most immediate path to resolving the state-federal cannabis conflict is passage of the STATES Act,” Neal Levine, CEO of Cannabis Trade Federation, said. “With strong bipartisan support for legislation like the STATES Act, it is possible during the current session of Congress to take major steps toward respecting state cannabis laws, protecting workers, and advancing a more secure, vibrant, and equitable cannabis industry.”

Whether the STATES Act is the only bill that could pass both houses is itself questionable, as many progressive members of Congress, such as Sen. Booker, have declared that they will not support legislation that doesn’t include social equity provisions, or address restorative justice.

Although legalizing marijuana at the federal level is going to be a difficult task, one which will also require an in-depth debate on matters such as excise tax and interstate commerce, the committee hearing is an unprecedented step in the right direction.

“Today’s hearing is monumental in our fight to end cannabis prohibition,” Rep. Earl Blumenauer (D-OR) said. “The federal government needs to get out of the way of the states, get in touch with the American people, and make right its wrongs. We need comprehensive reform to include everyone—cannabis businesses, veterans, and communities of color.”