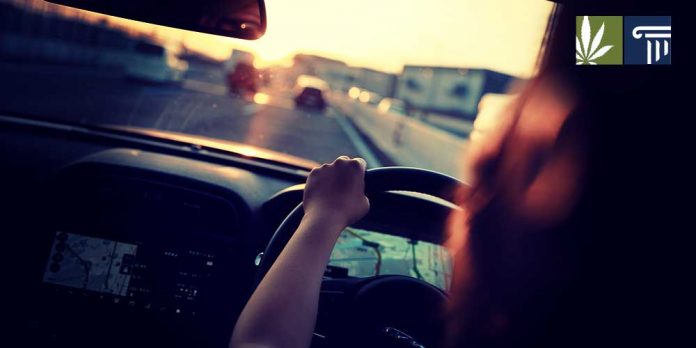 A congressional research body tasked by the House and Senate to determine whether marijuana impairs driving said in a recent report that the evidence supporting the claim is currently inconclusive.

The investigation was spurred by lawmakers concerned that ongoing marijuana legalization across the U.S. would make roads less safe. Some lawmakers see this as a potential problem compounded by the fact that, unlike with alcohol, there is no well-established tool to determine impaired driving resulting from marijuana consumption.

But the conclusion of the experts researching the issue suggest that even with such a tool in place, questions would remain as to what levels of THC should be considered safe, and how THC even affects driving skills.

“Although laboratory studies have shown that marijuana consumption can affect a person’s response times and motor performance, studies of the impact of marijuana consumption on a driver’s risk of being involved in a crash have produced conflicting results, with some studies finding little or no increased risk of a crash from marijuana usage,” the Congressional Research Service (CRS) wrote.

The report goes on to note that “studies have been unable to consistently correlate levels of marijuana consumption, or THC in a person’s body, and levels of impairment.”

The CRS’s findings are at odds with many politicians and lawmakers who often take it for granted that marijuana consumption leads to an increased risk of traffic accidents when making the case against cannabis legalization.

While the CRS avoids strong conclusions, it is at least clear that the issue is not as straightforward as some lawmakers may suppose.

Indeed, researchers have published findings showing that after a state legalizes marijuana there is no increase in traffic fatalities.

But, of course, opponents and advocates of legalization alike generally advise against driving under the influence of marijuana. It is important though, as Paul Armentano, deputy director of NORML, notes, to understand the differences between alcohol and marijuana effects on the body and how this relates to driving ability.

“Cannabis inhalation in a dose-response manner may influence certain aspects of psychomotor performance, particularly in those who are more naive to its effect,” he said. “But this influence is typically short-lived and is far less acute than the psychomotor effects associate with alcohol.”

“By contrast, THC’s unique absorption profile and prolonged detection window in blood makes it so that—unlike as is the case with alcohol—the detection of THC in blood is not necessarily indicative of either recency of use or behavioral impairment,” he added.

So far, states with legal marijuana typically enforce impaired driving laws through one of two legislative frameworks. One is to “require that the state prove that a driver’s impairment was caused by the substance or behavior at issue.” The other is to determine that “a driver is automatically guilty of driving while impaired if specified levels of a potentially impairing substance are found in his or her body.”

Both approaches are similar to that taken for alcohol impairment and as such are problematic, as the congressional report recognizes.

The authors go on to say that there is “as yet no scientifically demonstrated correlation between levels of THC and degrees of impairment of driver performance, and epidemiological studies disagree as to whether marijuana use by a driver results in increased crash risk.”

After detailing several other related factors, such as the impact of varying THC potency, the report concludes with options available to Congress to better handle the issue of detecting and legislating for impaired driving resulting from marijuana consumption. This includes “continued research into whether a quantitative standard can be established that correlates the level of THC in a person’s body and the level of impairment” and gathering “better data on the prevalence of marijuana use by drivers, especially among drivers involved in crashes and drivers arrested for impaired driving.”