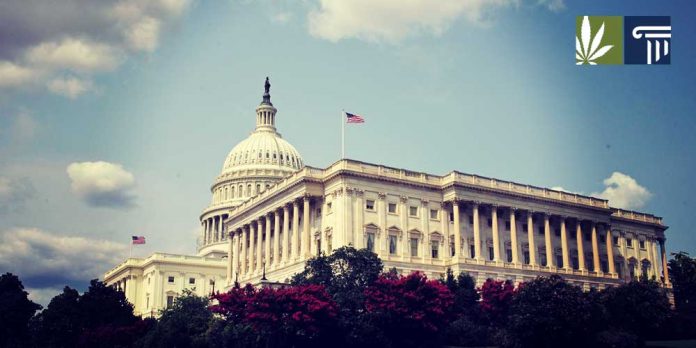 In a momentous vote, a Congressional chamber approved a bipartisan amendment that would halt federal interference in states with legal marijuana programs.

On June 20, 2019, the House of Representatives voted 267-165 in favor of a spending bill amendment which prevents the U.S. Department of Justice from funding activities that target individuals and businesses that do not violate their state, territorial or tribal cannabis laws. The legislation now proceeds to the Republican-controlled Senate.

According to Aaron Smith, Executive Director of the National Cannabis Industry Association (NCIA), “this is without a doubt the biggest victory for federal cannabis policy reform to date, and a hopeful sign that the harmful policies of marijuana prohibition will soon be a relic of the past.”

“Interfering with successful, regulated cannabis programs is a tremendous waste of resources, and only serves to push the market back into the hands of criminals,” he said. “The amendment approved today reflects a growing realization of these facts by lawmakers.”

The key aim of the amendment to the fiscal year 2020 Commerce, Justice, Science, and Related Agencies spending bill is to protect cannabis programs in states that have introduced them. This would be achieved by specifically preventing the DOJ from using funds to interfere with states “implementing their own laws that authorize the use, distribution, possession, or cultivation of marijuana.”

So far, 47 states have approved some form of cannabis; 33 states and a number of territories have far-reaching medical marijuana programs, and a total of 11 states, including Illinois since June 25, as well as Washington, D.C., and the territories of Guam and Northern Mariana Islands, have legalized recreational marijuana for adult use.