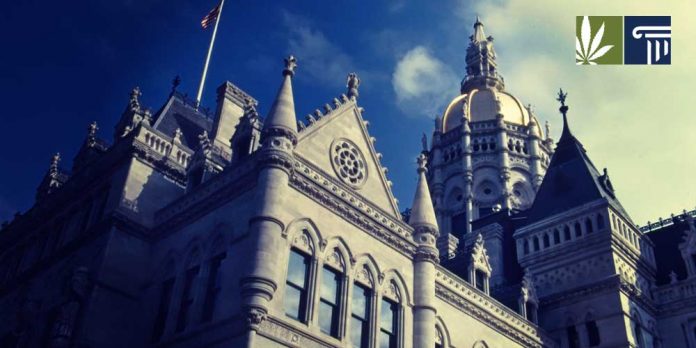 There are four key reasons why recreational cannabis may soon become legal in Connecticut.

The last election brought good news for Connecticut residents who favor the legalization of marijuana for recreational use.

Although incumbent governor Dannel Malloy signed a bill decriminalizing medical marijuana during the latter part of his term in office, he is openly opposed to legalizing cannabis for recreational use.

Fortunately, Connecticut will soon have a new pro-cannabis governor in Ned Lamont (D) who has stated that legalizing recreational cannabis is one of his goals for 2019.

When asked about his stance on legal recreational marijuana at a recent press conference, Governor-elect Lamont said, “It’s something I would support and I don’t want the black market controlling marijuana distribution in our state. I think that’s a lousy way to go. We’re going to have a legislative session. It’s going to be one of the priorities.”

The survey found widespread support for legalization across nearly all demographics, with only adults over the age of 65 expressing opposition.

Changes in the State Legislature

Although Connecticut lawmakers introduced six legal cannabis bills during the last session, all were defeated due to a lack of support. However, a bill to legalize recreational cannabis has since made it out of committee for the first time.

The recent mid-term elections enabled Connecticut Democrats to increase their majority in the House and capture the majority in the state Senate, thus allowing them to advocate their “Big Five” agenda; one of which is the legalization of recreational cannabis.

With Democrats now in control of the Connecticut House, next year could be very different, with legislators on both sides of the debate realizing that major cannabis reform is likely.

Democratic House member Steven Stafstrom Jr., who is a supporter of cannabis legalization, told the Connecticut Law Tribune that he believes there are now enough pro-cannabis legislators to legalize recreational cannabis next year; adding that the election of Lamont as governor could be what tips the scale toward legalization.

Money May be the Deciding Factor

Connecticut is currently facing a $3.8 billion budget deficit. However, a report last year from the Office of Fiscal Analysis estimated that legalizing recreational cannabis could generate more than $30 million in tax revenue for the state in the first year of sales.

Legalizing recreational cannabis may be the light at the end of the tunnel for cash-strapped Connecticut. Massachusetts began legal marijuana sales just last month and is reported to have generated $2.2 million in income during the first five days of legal sales; a huge incentive for Connecticut lawmakers to follow suit.

Governor-elect Lamont has stated that the fact that both Canada and Massachusetts have legalized recreational cannabis has motivated him to advocate joining the movement to end cannabis prohibition in Connecticut.

Considering the facts the Democrats now hold the majority in the Connecticut Senate, incoming Governor Ned Lamont openly supports legalization, and legalizing recreational cannabis may be the shot in the arm that Connecticut needs to reduce their deficit, Connecticut may soon become the eleventh state to allow legal, adult-use marijuana.