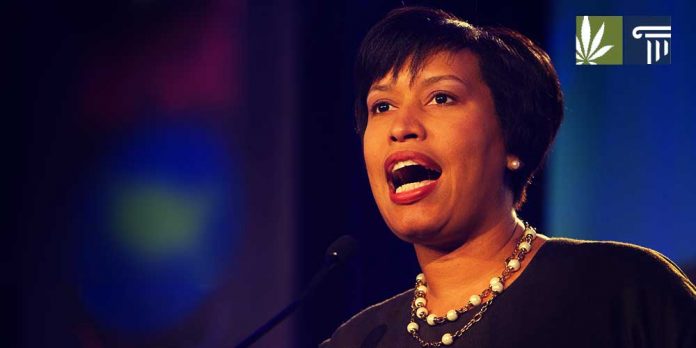 Residents of Washington D.C. could soon be able to legally purchase cannabis, following an announcement by Mayor Muriel Bowser (D) earlier this month.

Home cultivation and possession of small quantities of cannabis have been legal in the nation’s capital since 2014, when voters approved a ballot measure on the issue. Still, consumers have faced barriers to legally buying marijuana that could finally be set to change under legislation that is now with the District of Columbia Council for consideration.

Providing a legal sales component to the city’s marijuana laws has had the support of the mayor and a majority of councilmembers for several years. But progress on such a measure has been hampered by a federal spending rider routinely approved by Congress that prohibits the District from using local funds to push the law through.

That could change now that the Democrats control the House of Representatives, meaning that the obstructing provision could be removed from 2020 appropriations legislation.

The mayor and other councilmembers intend to take preparatory steps towards allowing legal sales by introducing a bill into the Council’s legislative process that will set out a regulatory framework. This could then be implemented relatively quickly once the spending roadblock to enactment has been removed by Congress.

When announcing details of the legislation, Mayor Bowser described the federal spending rider as a “shameful abuse of congressional power that has left us with a significant public safety problem.”

“Right now our laws are basically leading adults who want to use cannabis to an illegal market. And illegal markets aren’t safe.” she added.

Under the legislation, adults aged 21 and over would be able to purchase one ounce of usable cannabis flower, five grams of concentrates, 16 ounces of edibles, or 72 ounces of liquid cannabinoid products per day.

As well as allowing marijuana sales, the proposed bill would also permit delivery services and on-site consumption at dispensaries.

Sales would be taxed at 17 percent, with revenues allocated toward local housing and health programs.

The bill provides for the creation of licenses for cultivation, manufacturing, distribution, retail and testing businesses. Existing medical cannabis providers would receive a six month head-start on the recreational market before other businesses get their licenses.

Bowser’s bill further stipulates that 60 percent of owners of new marijuana licenses and 60 percent of employees are residents of Washington D.C.

Prior criminal records would be automatically sealed for the majority of marijuana-related offenses.

“It’s now time to move the D.C. cannabis economy into a regulated marketplace,” NORML’s Political Director Justin Strekal said. “With thoughtful regulations, city leaders will restrict access by minors, ensure product quality and consumer safety, improve community-police relations and generate revenue to reinvest in the areas that have been hardest hit by the failed policy of marijuana criminalization. Congress must respect the will of D.C. residents and allow the duly elected representatives to do their job.”

Council Chairman Phil Mendelson (D) described the impasse between legal possession and illegal sales as “crazy,” and said that the body will shortly hold hearings on the legislation. But he also warned citizens not to “get their hopes up.” 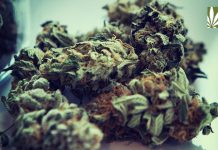