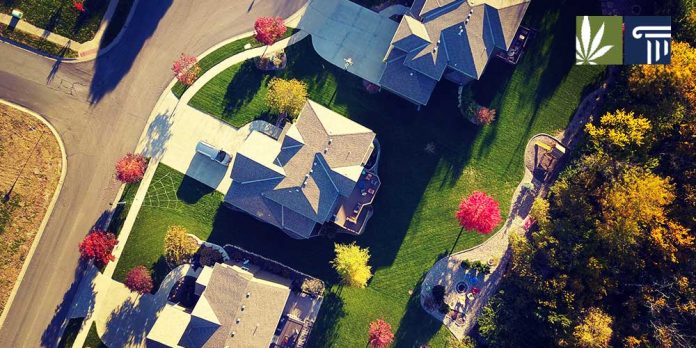 According to a new study published in the journal Contemporary Economic Policy, having your home located near a cannabis dispensary could actually boost the value of your home.

Colorado is one of 10 states that has legalized marijuana for both medical and recreational use, and it’s residents have seen a rise in the value of properties located near dispensaries of both types.

Based on these findings, the researchers stated “Our results suggest that despite potential costs, legalization is capitalized as a net benefit in housing prices,”

This effect apparently “diminishes for homes further from new dispensaries but is consistent over time.” In fact, the study found that “Once beyond 0.5 miles, housing prices were not affected by the opening of new dispensaries.”

Why Dispensaries Positively Affect the Value of Neighboring Homes

The researchers did acknowledge the limitations of the study: “If public sentiment surrounding marijuana is positive, homebuyers may also prefer to select into neighborhoods with more dispensaries for convenience. Ultimately however, our data does not allow us to directly determine the underlying mechanisms driving this result. So these potential explanations should be considered speculative.”

In another study published last year by the CATO Institute, researchers determined that homes within 0.1 miles of a cannabis dispensary in Denver jumped an average of 8.4 percent following the opening of a dispensary.

In conclusion, researchers theorized that, “Potential explanations include, but are not limited to, a surge in housing demand spurred by marijuana-related employment growth, lower crime rates and, additional amenities provided by locating in close proximity to retail conversions.”

Another factor may be that other studies have indicated that the presence of cannabis dispensaries does not increase crime in nearby communities like stores that sell alcohol and tobacco do.

The Future of Legal Cannabis

In addition, New York Governor Andrew Cuomo recently announced he would push to legalize recreational cannabis in his state in 2019.

As more U.S. states legalize both medical and recreational cannabis, property owners living near both types of dispensaries are likely to see an increase in their property values as well.