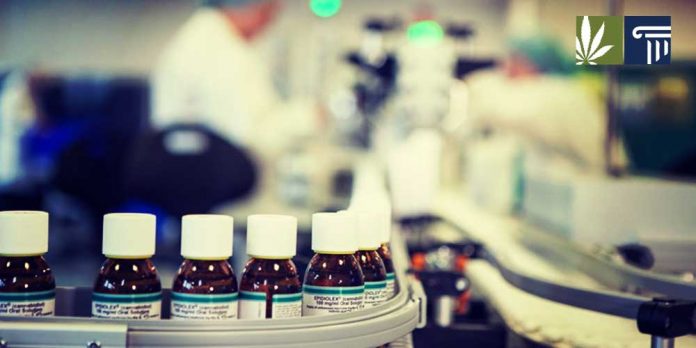 On June 25, the Food and Drug Administration (FDA), granted approval of Epidiolex, the brand name of a cannabidiol (CBD) preparation used in the treatment of two severe forms of epilepsy.

As stated in a press release, the drug is approved for Dravet syndrome and Lennox-Gastaut syndrome. These two forms of epilepsy appear in childhood and are so severe that they typically prevent normal development, result in disability, and may even be life-threatening.

Acknowledging the therapeutic potential of cannabis

The approval by an agency of the federal government of CBD as medicine represents a significant step taken toward the recognition of the medical potential of marijuana. Under statutory law–specifically, the Controlled Substance Act–marijuana and its derivative, CBD, is a Schedule 1 drug, with no medical use. The FDA’s recognition of a medical use for CBD is thus a remarkable first. To get approval for the drug, special studies were made of the abuse potential of CBD. No significant potential for abuse was discovered. Now that CBD has been approved for two forms of childhood epilepsy, there is great hope among parents and sufferers that CBD will soon be allowed to treat all forms of epilepsy.

The news of the FDA’s approval has been greeted with great relief by parents of epileptic children. Non-CBD drugs do not work about 30 percent of the time, and desperate parents who treat their children with CBD have faced severe consequences. For example, as reported earlier in Marijuana and the Law, Suzeanna and Matthew Brill, who live in Georgia, lost custody of their son after allowing him to smoke marijuana, which they claim stopped his seizures completely. In Illinois, it took an act of the legislature to allow a girl, Ashley Surin, to use CBD legally to treat her seizures.

A catalyst for further research

In a prepared statement, FDA Commissioner Scott Gottlieb, M.D., expressed hope that the approval of Epidiolex will allow for more controlled medical testing of marijuana products. “Controlled clinical trials testing the safety and efficacy of a drug, along with careful review through the FDA’s drug approval process, is the most appropriate way to bring marijuana-derived treatments to patients,” he said. “We’ll continue to support rigorous scientific research on the potential medical uses of marijuana-derived products and work with product developers who are interested in bringing patients safe and effective, high quality products. But, at the same time, we are prepared to take action when we see the illegal marketing of CBD-containing products with serious, unproven medical claims. Marketing unapproved products, with uncertain dosages and formulations can keep patients from accessing appropriate, recognized therapies to treat serious and even fatal diseases.”

The Epilepsy Foundation has issued a statement in support of “lifting federal barriers to research on cannabis and CBD and support access to these potential therapies….If a patient and their health care team feel that the potential benefits of medical cannabis for uncontrolled epilepsy outweigh the risks, then the patient should have safe, legal access to medical cannabis.”

What do you think? Will the FDA’s approval of Epidiolex encourage other drug companies to fund CBD research? Leave a comment below.