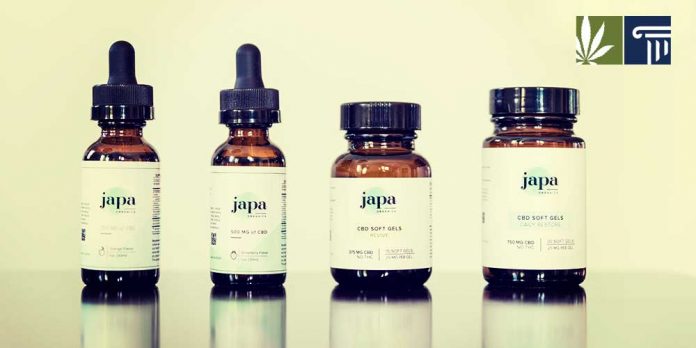 On July 12, the Food and Drug Administration (FDA) announced that it is streamlining the process for creating cannabidiol (CBD) regulations, and intends to publish a report on its development by early fall.

Amy Abernethy, FDA Acting Chief Information Officer, tweeted that the “FDA is expediting its work to address the many questions about cannabidiol (CBD),” treating it as “an important national issue with public health impact.”

“We are enthusiastic about research into the therapeutic benefits of CBD products but also need to balance safety,” Abernethy said. “To understand the breadth of issues and gather data on safety we have conducted a public hearing, reviewed the medical literature, and have an open public docket.”

The FDA’s key objective of creating a regulatory framework for the CBD industry is to ensure the stability and safety of the market, where 90 percent of businesses operate in a ‘gray area’.

The regulation would force companies to, for instance, provide information on fillers, label the sources of the ingredients, allow product tests by the FDA, and measure CBD content.

Though both entrepreneurs and consumers were wary about the FDA’s involvement due to the stigma surrounding cannabis, the agency has acknowledged the medicinal properties of CBD and is aware of the high public demand for CBD products.

The announcement follows the public hearing the FDA held on May 31, during which the department heard testimonies from various industry stakeholders and lawmakers. They stressed the need for guidelines on hemp-based CBD products so that they could be legally marketed as food and wellness items.

The public and industry stakeholders had the opportunity to submit comments on the hearing concerning the health and safety risks, as well as CBD manufacturing and marketing standards before July 16.

Abernethy said that the FDA aims to report on its progress “around end of summer/early fall.”

According to former FDA Commissioner Scott Gottlieb, the FDA currently classifies CBD as a drug and not a food product, which means the process of creating a new regulatory system could take years, if Congress doesn’t take action.

In June, Sen. Ron Wyden (D-Oregon) sent a letter to the agency, in which he called the timeframe “fully unacceptable”, and appealed to the FDA to streamline the regulatory process.

In the same month, Senate Majority Leader Mitch McConnell (R-Kentucky), who championed the 2018 Farm Bill that legalized hemp and its derivatives on the federal level, also urged acting FDA Commissioner Ned Sharpless to speed up the regulations.

In addition, another FDA official, Lowell Schiller, will deliver a keynote speech at a major hemp industry event this month. The conference is likely to concentrate on questions regarding the agency’s progress on the rule-making process for CBD.

The U.S. Department of Agriculture, which along with the FDA is responsible for regulating CBD since the introduction of the Farm Bill, is also due to announce its interim final rule on CBD in August.