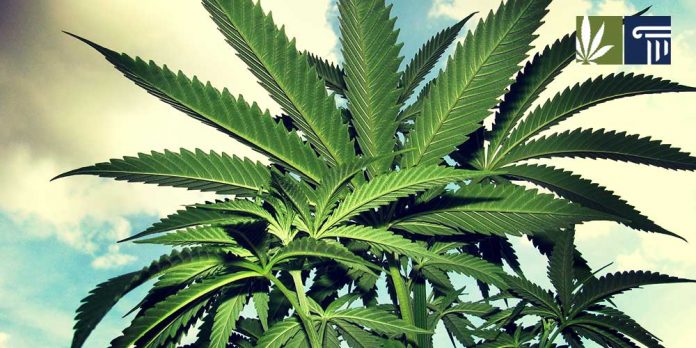 A biotech startup which is working on a way to remove toxic pesticides from various crops, including marijuana, has been granted $250,000 by a federal agency to help develop the technology.

The National Science Foundation will fund research by Brooklyn Bioscience into engineering an enzyme capable of breaking down organophosphates (OPs) found in pesticides, which can be hazardous to humans and the environment.

This is particularly problematic because OPs are water-resistant, so they cannot be washed off the end product.

A press release from New York University (NYU), where one of Brooklyn Bioscience’s principal researchers teaches chemical and biomolecular engineering, makes clear the potential benefit of the research to marijuana producers.

“The product is of particular interest to cannabis farmers, because OPs, when vaporized and inhaled, are exponentially more toxic than when ingested by mouth. In states such as California and Colorado, which are introducing strict regulations governing the cultivation of cannabis, a much lower level of OPs is allowed than that considered acceptable in fruits and vegetables,” the statement reads.

The enzyme that Brooklyn Bioscience is engineering to counter the risks posed by OPs is called phosphotriesterase. According to the researchers, it “provides a low-cost, efficient, and environmentally friendly solution for breaking down dangerous OPs into relatively benign products that can be more easily removed with water.”

“Agricultural analysts have calculated that the pesticide segment of the market represents $17 billion, with more than a tenth of that corresponding directly to the sales of OPs,” said Jin Kim Montclare of Brooklyn Bioscience.

“Given the importance of sustainability and environmental health, it’s more vital than ever to develop biologically-based solutions for crop protection, and with the support available at NYU Tandon, Brooklyn Bioscience is making great strides.”

The enzyme is potentially applicable to a wide variety of crops grown through the use of pesticides, but the significance of the research to marijuana production is emphasized by NYU in its press release. They claim that Brooklyn Bioscience is “pav[ing] the way for pesticide-free cannabis, wine grapes, and other high-value crops.”

In the absence of federal regulations governing the use of pesticides for marijuana cultivation, which has led to problems in marijuana-legal states such as Colorado, the development of technology to limit the presence of OPs is particularly welcome.

The Environmental Protection Agency said last month that it does not plan to review pesticide applications for marijuana – as it is now doing for hemp since it became legalized – while it remains a federally controlled substance.

According to an academic article published last month, the lack of guidance on safety standards for growing marijuana owing to its prohibition presents a risk to cannabis consumers.

“At the federal level in the United States, cannabis is still considered an illegal drug,” the article reads. “As a result, neither the Food and Drug Administration (FDA) nor the Environmental Protection Agency (EPA) has provided any guidance on how to regulate contaminants or on which cannabis-related exposures can be considered safe.”

“States have had to determine on their own how to protect millions of cannabis users, and they have come up with widely varying responses,” the report continues. “The result is an uncertain and occasionally incoherent regulatory landscape.”