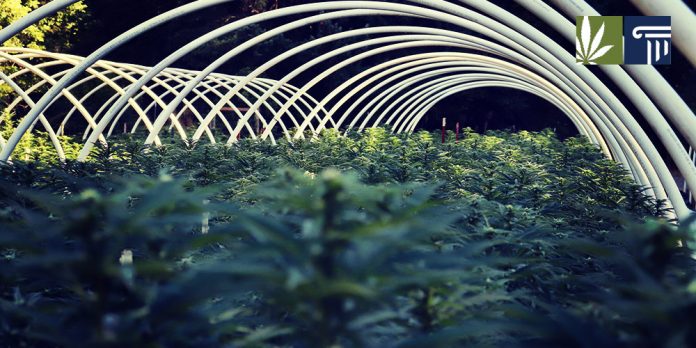 In an historic first for American politics, a key congressional committee voted to approve a bill that would end federal prohibition of cannabis.

The House Judiciary Committee voted 24-10 in favor of the Marijuana Opportunity, Reinvestment and Expungement (MORE) Act on Wednesday. The bill is now set for a full floor vote in Congress before passing on to the Senate.

Notably, debate on the bill largely focused on how to end federal prohibition, rather than if it should end at all. Many Republicans argued that the bill required further hearings before being put to a vote, or tried to shift focus onto other less ambitious marijuana reform legislation, such as the Strengthening the Tenth Amendment Through Entrusting States (STATES) Act.

The STATES Act simply ensures that individual states can determine their own marijuana policy without federal interference. As such, it doesn’t contain any social equity provisions, nor does it alter marijuana’s status as a federally controlled substance.

Certain GOP members argued that such legislation would have a better chance of passing through the Republican-controlled Senate.

“We may need something a little less than MORE,” said Matt Gaetz (R-FL), who nonetheless voted in favor of the bill.

On the other hand, the MORE Act, introduced by Chairman Jerrold Nadler (D-NY), would federally deschedule cannabis as a controlled substance, expunge prior marijuana convictions from individuals’ criminal records, and establish a 5 percent sales tax on cannabis. Revenue generated from this tax would be invested into those communities most harmed by the War on Drugs.

The MORE Act would also allow those currently serving time for marijuana offenses to be resentenced, prevent immigrants from being denied citizenship because of alleged marijuana use, and ensure that people can receive public benefits and security clearance from federal agencies irrespective of their use of cannabis.

“These steps are long overdue. For far too long we’ve treated marijuana as a criminal justice problem instead of a matter of personal choice and public health,” Nadler said in his opening remarks. “Arresting, prosecuting and incarcerating people at the federal level is unwise and unjust.”

“I’ve long believed that the criminalization of marijuana has been a mistake,” he said. “The racially disparate enforcement of marijuana laws has only compounded this mistake with serious consequences, particularly for minority communities.”

“The passage of the MORE Act represents the first time that the Judiciary Committee has ever had a successful vote to end the cruel policy of marijuana criminalization,” NORML Political Director Justin Strekal said. “Not only does the bill reverse the failed prohibition of cannabis, but it provides pathways for opportunity and ownership in the emerging industry for those who have suffered most.”

Nadler acknowledged that compromises may have to be made to ensure the bill’s final passage, but stressed that now was not the time to give ground.

“If we pass the bill that we want, and the Senate passes a different bill, we can negotiate,” Nadler said. “That’s what conference committees are for.”

The debate between incremental marijuana reform and ambitious change is one that shows little sign of abating.

Two months ago, the House approved the SAFE Banking Act, which would protect banks providing financial services to state-legal marijuana businesses from federal penalties. Before the vote, marijuana advocacy groups and civil rights organizations, such as the ACLU, pleaded with the House to delay their approval in order to first pursue broader reforms embedded with social justice provisions.

Their pleas ultimately fell on deaf ears, but it seems that their arguments have been heard with regards to the MORE Act. Nadler thinks that momentum for the bill will build. But while others agree that it is likely to pass the House, they are more skeptical on how it will fare in the Senate.

Still, marijuana advocates can take serious positives from a congressional committee agreeing not just on the urgency of ending federal prohibition, but also on the need for doing so in a way that can benefit those most harmed by the War on Drugs.