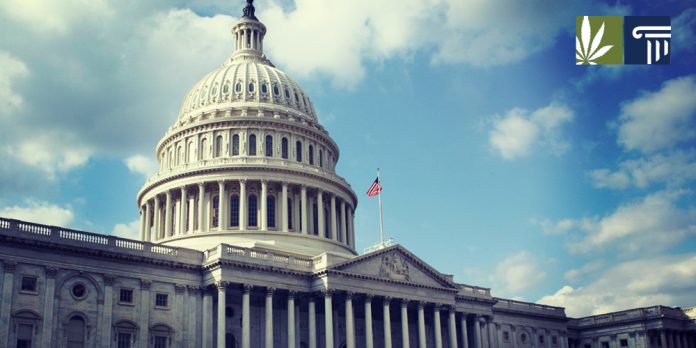 Prosecutors said in August that they would not pursue federal charges against an American Indian man arrested in Oregon for possession of roughly a gram of marijuana.

The state’s voters legalized recreational pot possession in 2014, but because Devontre Thomas, 19, was busted on a reservation, he was subject to federal anti-drug statutes that override tribal law. Thomas was charged with misdemeanor possession and faced up to a year in jail and $1,000 in fines.

Charges have been dismissed

But that threat was dropped when the office of the U.S. attorney for Oregon announced Aug. 4 that the charge would be dismissed. Thomas must maintain a job and keep a clean criminal record for 60 days, but after that his records will be expunged.

The agreement followed a public outcry over Thomas’ arrest. He was allegedly caught with a small amount of cannabis on the campus of an Indian school at the Warm Springs Reservation in north-central Oregon. In addition to the possibility of jail time and fines, he faced a permanent criminal record that would make it hard to find a job, rent an apartment, or obtain government benefits.

Marijuana is illegal for any use under federal law, but four states and the District of Columbia have legalized it under state laws. The Obama administration has applied a hands-off approach to the issue, allowing states to chart their own course without direct threat of federal intervention.

But some U.S. attorneys have gone rogue on the subject. Melinda Haag, a federal prosecutor in Northern California, was forced out of that job last year after trying to wipe out the Bay Area’s entire medical cannabis industry.

“We recognize that marijuana remains a Schedule I Substance under the Controlled Substances Act, but your office retains prosecutorial discretion in expending scarce legal resources in pursuit of those priorities that will make the biggest difference to Oregonians. President Obama has stated that ‘we have bigger fish to fry’ than prosecuting state legal marijuana cases. We agree with this approach.

“There are opportunity costs in choosing to prosecute low-level marijuana crimes rather than targeting criminal activity linked to violence. In particular, we have concerns with any approach that fails to take into account the devastating effects that marijuana possession convictions have on future employment and education prospects for those who are convicted, especially for a substance that has been decriminalized in Oregon since 1973. Fighting dangerous drug crimes and reducing the prevalence of these drugs and their effects should be the priority of your office.”

It’s unclear whether the letter shamed Williams into dropping the case against Thomas or if the charges were filed by an overzealous prosecutor at his office and later dropped. But the decision spares Thomas a jury trial and the potential disaster of a marijuana conviction. That, at least, is a good thing.

What do you think: Why did prosecutors file charges against Thomas in the first place? Comment below.