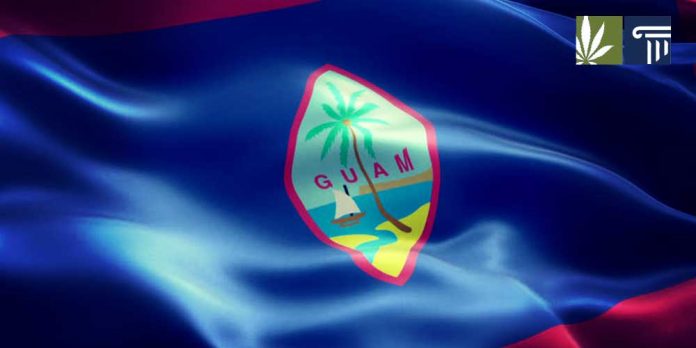 The new law regulates the use, sale, and production of recreational marijuana with immediate effect.

Bill No. 32-35 permits adults 21 years and older to carry up to one ounce of marijuana flower or up to eight grams of cannabis concentrates. Adults are also allowed to grow up to six marijuana plants for personal consumption on the Western Pacific U.S. island.

Acting in the interests of the community

“I have to answer this one question: Given all the info, studies done, experiences shared, advice [and] anecdotes about marijuana, what would a responsible community government leader do to protect the interests and welfare of the community?” Guerrero said during a press conference.

In time, Guam will develop a regulated cannabis market for its population of 165,000. Cannabis production facilities will have to pay an excise tax of 15 percent, the proceeds of which will be used for law enforcement and drug treatment programs.

The Cannabis Industry Act also creates a nine-member regulatory board, the Cannabis Control Board, charged with overseeing the new industry. They have one year to draft regulations, subject to approval from lawmakers, and will then work to ensure that testing, manufacturing, licensing, packaging, and production meet the requirements.

Gov. Guerrero made efforts to speak with both opponents and advocates of the bill prior to signing off on it. She met with doctors, nurses, lawyers, social workers, law enforcement agents, senators, religious leaders, parents, and teenagers before deciding that legalizing was in the best interests of society.

“We must regulate this illicit drug that is the most widely used in our society,” said Guerrero. “We have to take it and control it, monitor its use and effects, benefit from its medical efforts.”

“Keeping it illegal in my mind rejects the notion that it exists and that the underground market will continue to prey on us. We have to be ahead of this and we have to control it,” she added.

The bill which led to the new law only narrowly passed though the Guam legislature in an 8-7 vote at the end of March. Still, Guerrero sees legalization at the federal level as an inevitability.

“I think the federal government will make it legal … there are 32 states that have medicinal cannabis. Ten states have adult-use cannabis. That’s the trend,” Guerrero said. “I think the writing on the wall is there.”

Guam approved medical marijuana in 2014, but the industry has yet to take off. The then-governor, Eddie Calvo, was also in favor of legalizing recreational marijuana but could not find a way to make progress through the legislature.