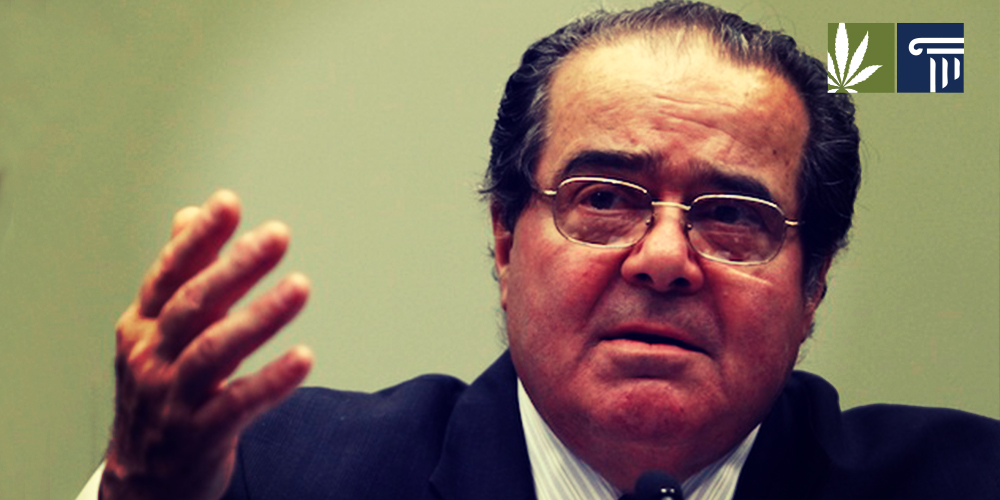 Love him or hate him, Supreme Court Justice Antonin Scalia was a titan of the legal world. He had more influence on the tenor and politics of the high court than almost any other justice in American history. His bombastic but carefully constructed opinions are considered the peak of legal writing in America. 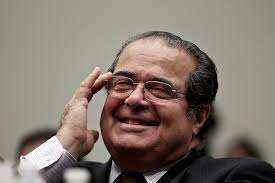 With his unexpected death in February, the future of the court suddenly became a major issue in the 2016 election. But how will it affect marijuana law?

First, some background. Scalia was appointed to the court in 1986, by President Ronald Reagan. He immediately pushed the court to the right, and continued to do so throughout his tenure there.

This was not especially helpful to cannabis causes. Scalia, for example, wrote the opinion in Gonzales v. Raich, a significant ruling against medical marijuana in California.

That case declared that federal agents and prosecutors are within their authority to arrest and charge Californians who grow marijuana for medical use, even if they comply with the state laws that allow it.

This fueled a long-running campaign by U.S. attorneys and DEA agents to shutter the state’s medical cannabis program. They failed, and their efforts have tapered off, but the effect on the industry was devastating.

Scalia stepped back from marijuana cases

Otherwise, though, Scalia took a back seat on cases involving marijuana. He repeatedly stood up for the constitutional rights of criminal defendants, including drug offenders, but he never voted in favor of easing anti-cannabis laws.

In the end, his effect on marijuana law may owe less to his jurisprudence than to his death.

President Barack Obama, a liberal Democrat, now has a chance to fill Scalia’s vacant seat on the bench. Republicans in the Senate have vowed to prevent a vote on any nominee Obama picks until after the November election. If they succeed, a new justice wouldn’t take the seat for at least a year.

If a Democratic candidate wins in November, he or she would probably be able to install a liberal justice who might be friendly to marijuana concerns. But Obama may still get a chance to do that himself.

If he doesn’t, the court will likely decide several major cases this year by 4-4 tie votes. In that event, the lower court rulings would stand, a fact that should benefit liberals over the next several months.

There is a critical marijuana case that could soon reach the court. The justices haven’t decided yet whether to hear it, but if they do, weed would probably win.

The lawsuit was brought by Republican officials in Oklahoma and Nebraska. They claim huge amounts of marijuana are flowing into their states from Colorado, and they want the court to kill legalization in that state. Locals would still be allowed to grow marijuana and possess it but could no longer buy it in retails stores.

It’s unclear how likely the court is to accept the case, and it’s even less clear which way the justices would have leaned with Scalia still on the bench. But without him, the case is likely to tie. And that would end the lawsuit, at least for now. The same is true if the court refuses to hear the suit; at least four justices must agree to take it up.

That would be a huge win for cannabis reform. Conservative states would no longer pose a threat to Colorado’s legal pot experiment, and that in turn would free up other states to consider legalizing. So in the end, Scalia’s death could permanently change cannabis law nationwide. Let’s hope the change is for the better.