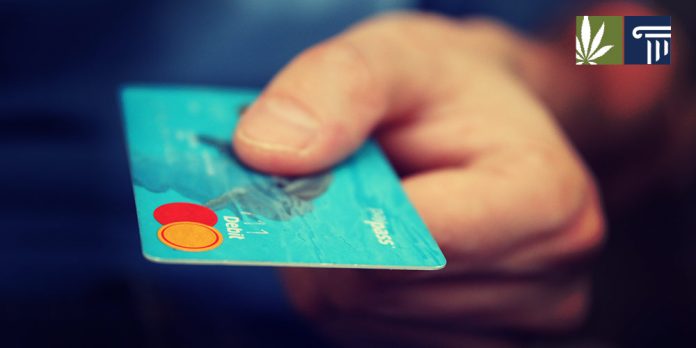 The U.S. House of Representatives voted to approve legislation that would allow financial institutions to provide their services, free from federal interference, to state-legal marijuana businesses.

The Secure and Fair Enforcement (SAFE) Banking Act stipulates that income generated by legitimate marijuana businesses operating in a state where it is legal, would not be considered illegal by the federal government. The measure also instructs federal regulators to establish rules for regulating cannabis banking activity.

The SAFE Banking Act’s Passage by the House represents an historic milestone in the pro-marijuana reform movement as the first piece of marijuana legislation approved by either the House or the Senate.

In a strong show of bipartisan support, almost all of the Democrats and around half of the Republicans voted for the measure. The victory by 321-103 votes came in spite of a two-thirds requirement, rather than a simple majority.

Advocates for the SAFE Banking Act argue that legitimate marijuana businesses are currently punished by federal prohibition since banks and insurance companies are reluctant to handle their income and assets without fear of reprisals. The fact that the marijuana industry is largely based on cash also creates a public safety risk by increasing the likelihood of thefts, as well as financial crimes like money laundering.

“We applaud the House for approving this bipartisan solution to the cannabis banking problem, and we hope the Senate will move quickly to do the same,” Neal Levine, CEO of the Cannabis Trade Federation, said in a statement.

The bill also enjoyed strong support from the banking industry. In a letter sent to the House prior to the vote, the American Banking Association said that “[o]ur members are committed to serving the financial needs of their communities – including those that have voted to legalize cannabis.”

But the SAFE Banking Act’s passage through the House does not mean that financial services will be available to marijuana businesses immediately.

The measure now faces a more challenging passage through the Republican-controlled Senate. Sen. Mike Crapo (Idaho-R), chair of the Banking Committee, recently spoke in favor of a holding a committee vote on cannabis banking bill, but many Republicans are still hesitant to permit financial services for marijuana businesses while it remains federally illegal.

At the other end of the aisle, some Democrats and civil rights groups have expressed doubts about a targeted banking bill. In a letter to top House Democrats, they said it would be preferable to delay the vote in order to focus on broader legislation aimed at marijuana legalization or criminal justice reform.

But some political strategists believe that attracting bipartisan support for cannabis banking reform stood a greater chance of success, which would build momentum for broader reforms.

Steven Hawkins, executive director of the Marijuana Policy Project, said that the SAFE Banking Act would help “provide resources for those with limited access to capital and increase the chances of success for state-level social equity initiatives.”

But first, the SAFE Banking Act needs to navigate its course through the Senate. And while cannabis banking reform may not come this year, many insiders feel that change is inevitable and likely to come soon.

“I’m fairly confident that either the SAFE Act or STATES Act will be passed,” said Rob DiPisa, co-chair of law firm Cole Schotz’s Cannabis Law Group. “I think the industry has come too far. The cat’s out of the bag, and it’s not going to disappear, so banking needs to happen.”