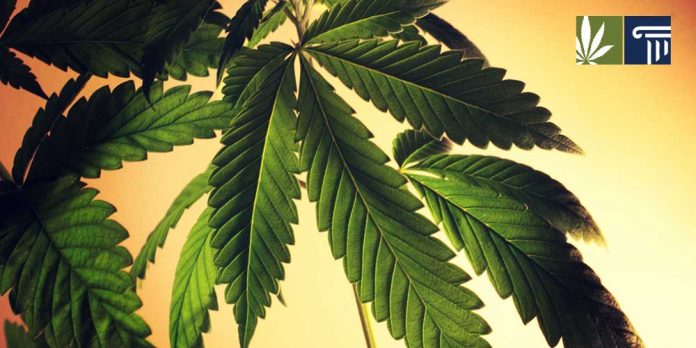 Idaho State Police say they seized nearly 7,000 pounds of illegal marijuana from a truck passing through the state on its way to Colorado last month. The truck driver, Denis Palamarchuk, is now facing felony marijuana trafficking charges. The trouble is, the Colorado company importing the plants from Oregon say that it’s legal hemp.

Denis Palamarchuk’s tractor-trailer was stopped by an Idaho state trooper for a routine inspection. The carrier’s bill of lading listed the hauled goods as hemp.

“However, the trooper’s training and experience made him suspicious that the cargo was in fact marijuana, not industrial hemp,” the Idaho State Police wrote in a news release.

The officer then opened up one of the shipping bags and took a sample of the goods to test it using a Narcotic Identification Kit. The sample came back positive for THC, the mind-altering component of both the marijuana and hemp plant.

Marijuana and hemp are both members of the cannabis family. But hemp contains a very low concentration of THC (less than .03 percent), which is why it doesn’t get you high. It’s also why the federal government legalized it. Marijuana, by contrast, has an abundance of THC (around 15 to 43 percent). Testing reveals the presence of THC, but not how much or whether the product is hemp or marijuana.

Court records show that Palamarchuck spent four days in jail after the arrest, charged with felony trafficking of marijuana. Jim Ball, Palamarchuck’s attorney, said his client was released after posting a $100,000 bond.

Mandatory minimum laws in Idaho stipulate that because Palamarchuk was carrying more than 25 pounds of what Idaho deems is “marijuana,” the truck driver – if found guilty – will serve at least five years in prison and pay a minimum $15,000 fine.

Hemp, however, is legal nationwide, as are all its byproducts, after the passing of the Farm Bill at the end of last year.

Big Sky Scientific, the Colorado-based company which bought the hemp, have now filed a lawsuit against the Idaho State Police, Ada County and attorney Jan M. Bennetts in order to regain the crop and cover losses.

The company says it purchased 13,000 lbs of legal, industrial hemp from Oregon-based Boones Ferry Berry Farms, which is licensed as a registered grower of hemp by the Oregon Department of Agriculture. Big Sky says that it tested over a dozen samples of the hemp and found it to have a THC content well below the legal limit at 0.043 percent.

Idaho State Police contest that the confiscation and arrest were legitimate, as they are proscribed only to test for the presence, not concentration, of THC. State law decrees that any sign of THC “shall create a presumption that such material is ‘marijuana’ as defined and prohibited herein.”

“Idaho has the freedom to make any law it likes,” Watkins said. “Idaho can legislate and be tough on drugs. The problem comes when there’s a tension.”

Watkins claims that not only is Idaho violating the 2018 Farm Bill, but also the Commerce Clause in the US Constitution, which says that states cannot prohibit legal goods in one state from being transported through it to another state.

In a letter responding to Big Sky’s lawsuit, Ada County Prosecuting Attorney Jan Bennetts says the company’s arguments are flawed; Oregon, where the hemp was grown and shipped from, does not have a federally approved plan to monitor and regulate the production of hemp in the state, as required by the 2018 Farm Bill.

This is a conflict that Palamarchuk now finds himself in the middle of with his fate uncertain.

“It looks like Denis unknowingly drove his truck into a fight between the State of Idaho and the federal government regarding the legality of industrial hemp,” said his attorney Jim Ball.