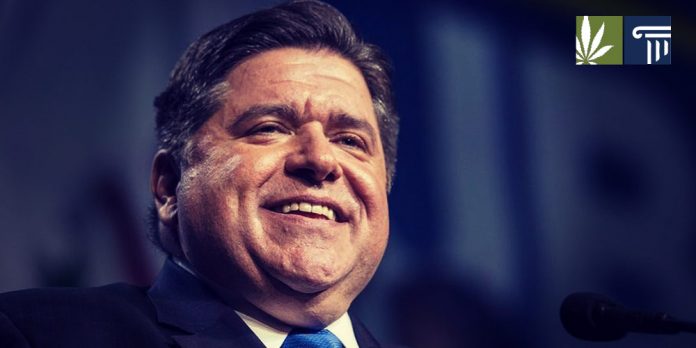 “Illinois is putting equity first, clearing thousands of convictions and giving individuals and their families a new lease on life,” the governor said at a church on Chicago’s South Side.

Gov. Pritzker described the measure as the first in a wave of expungements heralded by the state’s new adult-use cannabis law.

“Today we took another step toward justice, as we continue to address the failed war on drugs and the disproportionate impact it had on communities of color,” she said. “Clearing records under this revolutionary new law will not only open doors for thousands of families but will create stronger, safer communities as well,” she added.

Lt. Gov. Juliana Stratton (D), who purchased edible cannabis on the first day of legal sales, emphasized Illinois’ commitment to confronting the failures of the war on drugs.

“Illinois is going where no other state has before, admitting the unjust errors of the war on drugs and giving so many Illinoisans greater opportunities to build good lives for themselves and the people they love,” she said.

A further 116,000 records for marijuana possession offenses of 30 grams or less are also eligible for expungement. State officials estimate that those convicted for larger quantities, perhaps around 34,000 individuals, could also qualify for expungement if they petition the courts to do so, or if they seek help from legal aid organizations to act on their behalf.

While other states that have legalized adult-use cannabis also allow expungement, Illinois lawmakers worked to ensure that it is embedded into the new law to make the process near-automatic for those with low-level marijuana convictions.

This means that the Illinois State Police are responsible for identifying and submitting the records of those with cannabis convictions of 30 grams or less to the state’s Prisoner Review Board. If approved, these cases make their way to the governor’s office to be pardoned. The state’s attorney general is then authorized to instruct courts to clear or seal the records.

Additionally, low-level marijuana possession arrests that did not lead to a conviction must be expunged by law enforcement agencies within 5 years. State officials estimate that as many as 572,000 people may fall into this category. However, those charged with a violent offense alongside a marijuana offense will not be eligible for expungement.

Pritzker also described the future of marijuana regulation in Illinois as one that will open up meaningful opportunities for those most harmed by the war on drugs.

An example of this is the state’s Restore, Reinvest, and Renew program, which will allocate 25 percent of tax revenues from marijuana sales to the most disadvantaged communities.

“In that effort, we’re lifting up the voices of the people who actually live in these neighborhoods, who know these blocks and exactly where our dollars will make a real difference,” said Lt. Gov. Stratton.

Illinois is now the eleventh state, plus Washington D.C., to legalize recreational marijuana, but the first to do so through legislation passed by lawmakers, rather than a voter ballot initiative. 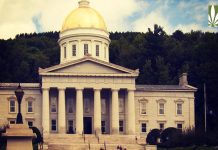