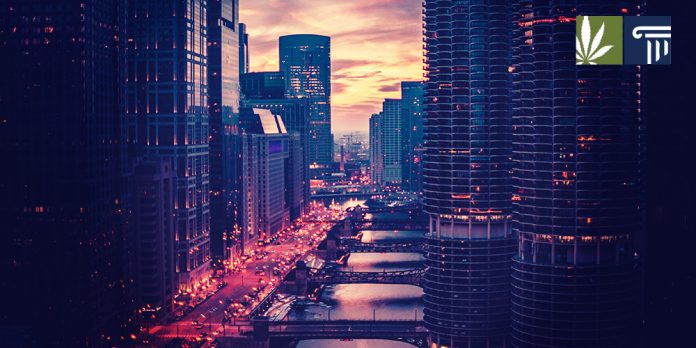 Adult Illinoisans counting down the days until they can legally purchase recreational cannabis may have to travel a bit farther than expected.

But House Bill 1438 legislation also allows an option for municipalities and counties to prohibit the retail sales of recreational marijuana within city limits.

On Aug. 5, the Forsyth Board of Trustees voted to do just that. In a unanimous 7-0 vote, the trustees passed an “Ordinance Prohibiting Cannabis Business Establishments” that—starting Jan. 1, 2020—bans cannabis businesses from operating within Forsyth’s boundaries.

The ordinance also asserted “operation of any prohibited Cannabis Business Establishment within the Village of Forsyth in violation of the provisions of this Chapter is hereby declared a public nuisance and shall be abated pursuant to all available remedies.”

Just after the vote, first-year Illinois Rep. Dan Caulkins (R) posted on Facebook a photo of Forsyth Mayor Marilyn Johnson and himself sporting matching smiles. He wrote, “Village of Forsyth just voted to prohibit the sale of recreational marijuana within their boundaries! Hopefully, all of Macon County follows.”

After Jan. 1, 2020, Forsyth residents 21 years or older will still be able to legally possess and consume cannabis but will have to travel ten minutes south to Decatur to legally purchase.

Forsyth (population 3,529) is not the only municipality in Illinois to prohibit the sale of recreational cannabis.

On July 1, the village of Morton (population 16,301) was one of the first, if the not the first, to ban all cannabis business establishments.

Naperville Mayor, Steve Chirico, was in favor of allowing permits to recreational marijuana dispensaries and said Naperville gave up on an estimated $2.3 million in annual sales.