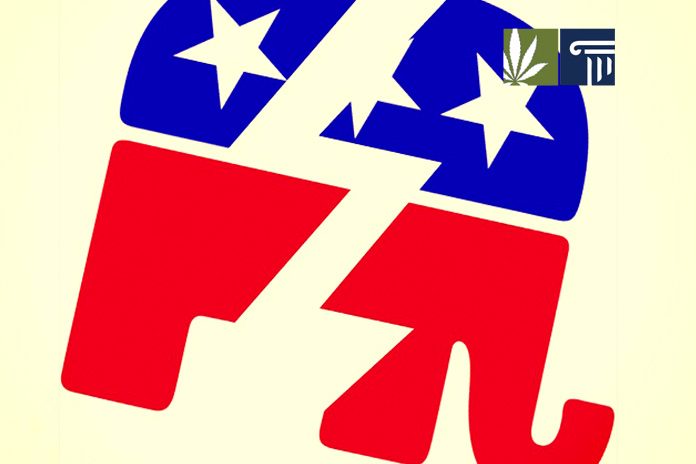 The 2016 presidential election has taken more than its share of shocking twists: A divisive billionaire businessman has all but seized the Republican nomination, a Jew and democratic socialist became the first of either of those things to win a primary election, and a partisan Supreme Court justice died unexpectedly in the midst of the race. 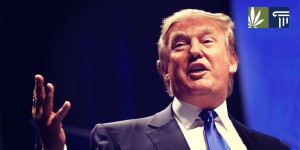 And now things have taken a dramatic turn unprecedented in American history, as one of the nation’s great political parties appears to be breaking apart. The Republican Party, the Party of Lincoln, founded more than 150 years ago, is rapidly splintering. But what is bad for the party could be good tidings for marijuana reform.

A massive political realignment like the one happening now could have significant implications for reformers seeking to legalize cannabis across the country. That’s because the demise of the GOP could set off a long period of liberal dominance in America, and that’s good news – for stoners, anyway.

It is becoming increasingly likely that former Secretary of State Hillary Clinton will face off against businessman Donald Trump in the general election. One is the face of moderate liberalism while the other represents far-right nationalism.

Clinton is hardly the first choice of Democrats who support cannabis reform. Her opponent in the party’s primaries, Vermont Sen. Bernie Sanders, has pushed legislation to reschedule the drug under the Controlled Substances Act so it can be legalized. Clinton hasn’t endorsed legalization for recreational use.

But Sanders’ hopes are fading fast, and Clinton has already taken on the mantle of inevitable nominee. That means potheads will likely face a choice between a woman who supports medical marijuana but not full legalization and a political unknown who may or may not support reform of any kind. 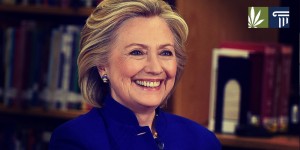 It’s an especially tough choice for Republicans who support legalization, though there aren’t many of those. And they are all the more likely to join a growing chorus of Republicans who say they will never vote for Trump.

The party fracture is unprecedented in modern American politics and is likely to grow as the general election nears. Barring a major scandal, Clinton is all but guaranteed a landslide win that could usher in a long period of Democratic dominance.

The Republican split may be permanent. But while it’s bad news for the party’s members, it could be great news for people who want to legalize. That’s because the Democratic Party has long been much more supportive of reform. And that sympathy would likely be stronger under a Clinton administration.

If the GOP somehow manages to pull together again and elect Donald Trump to the White House, the results could be disastrous for stoners. If Trump wins, Republicans would likely keep control of Congress and appoint a far-right justice to the Supreme Court. And the odds that federal reform would get far in that environment are slim.

What’s worse, Trump could decide to pander to conservatives by stomping out legal marijuana in Colorado, Washington, Oregon, Alaska, and the District of Columbia. He has changed his position on reform more than once, and it’s hard to know what he would do as president.

In short, the widening chasm in the Republican Party could ultimately help marijuana users. Clinton may not be ready to move fast toward legalization, but she will likely be driven to the left by the party’s liberal wing. That means the chasm could give Democrats the best chance yet to end cannabis prohibition.

What do you think will happen if the Republican Party splits in two? And what will it mean for legalization?