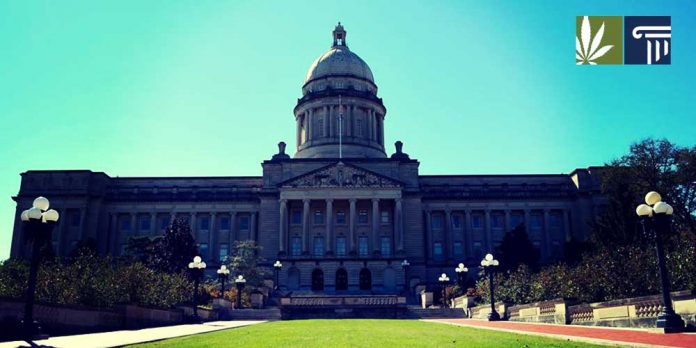 Kentucky is on the way to become the 34th state to approve medical marijuana. The bill allowing doctors to prescribe cannabis for the treatment of certain conditions has just passed out of a legislative panel, which is the first of many hurdles it faces.

Nevertheless, it is a significant step for medical marijuana legalization in Kentucky, which might be a sign that the perception of medical cannabis use in the state is changing. The fact that the neighboring states of West Virginia, Ohio, Illinois and Missouri now allow the drug is a likely contributor.

House Bill 136 aims to establish a state regulatory system consisting of organizations in charge of growing, processing, dispensing and testing cannabis. The list of qualifying conditions would include ailments such as Crohn’s disease, cerebral palsy, epilepsy and certain kinds of nausea and chronic pain.

Rep. Diane St. Onge (R), one of the bill’s sponsors, explained that the bill had to be amended to appeal to voters.

“We have been very willing to work with the stakeholders in this arena to try to put forth the best possible bill under the most stringent guidelines for our people,” St. Onge said.

The legislation would allow patients to purchase cannabis and make their own extracts, oils or edibles, but provisions that would let them smoke marijuana or grow up to 12 plants have been removed from earlier versions of the bill.

The Kentucky House Judiciary Committee approved the legislation in a 16-1 vote, with one abstention. To be fully implemented, the bill would now have to pass quickly through the full House and Senate with little time left in the legislative session. But the amendments to the initial proposal are likely to give it some headway.

The Yield Growth Corp. is one of the innovators offering a broad range of beauty and wellness products utilizing legal components of the hemp plant, with the possibility of adding THC and CBD infusions to these products once they get legalized.

This strategy is likely to broaden the appeal of cannabis products and brands before the companies are even able to include the restricted ingredients in their offer.

The Yield Growth Corp. manages several major brands that can cover an entire portfolio of CBD products. This year, their brand Urban Juve is introducing an offer of nearly 50 products. The Canadian company has already obtained 26 Health Canada registrations.

Legalization of medical marijuana in Kentucky could provide an opportunity for Yield to capitalize on the potentially soon-to-be burgeoning cannabis market.