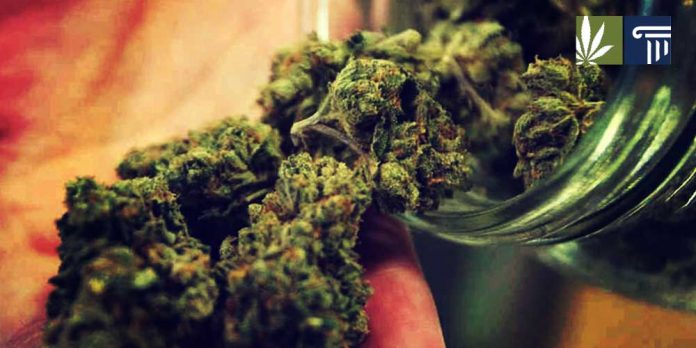 As California’s adult-use market nears its first year of existence, issues that have come under review include deliveries, the forthcoming final regulations, licensing, the illicit market, demand, and employment.

Regarding deliveries, various reports describe how many of California’s delivery services operate without permits. Municipalities have banned delivery services, but the state’s Bureau of Cannabis Control contends that delivery is legal everywhere. As the year ends, the legality, let alone the regulation, of the highly competitive delivery market remains unsettled.

Regulations are also in flux. The final (rather than the emergency) set of regulations is expected early next year, and their arrival should bring some stability to the market. The California Bureau of Cannabis Control (BCC) has ended its hearing period on the new regulations, which seem likely to squeeze out some businesses but provide stability for those that have the means to meet the new rules. Another development is that the BCC has begun issuing annual licenses, which should have a similar stabilizing effect on the market.

The legal market could use some stability. Bloomberg.com reports that “Thousands of manufacturers, growers and retailers have lost their licenses amid tighter regulations on marijuana.” The result is that legal businesses are losing market share to illicit businesses, which do not have the same expenses. According to the president of the California Cannabis Manufacturers Association, “The illicit market outnumbers us by five to one.” The Sacramento Bee reports that “In February, more than 6,000 dispensaries and delivery services in California were listed on Weedmaps. By contrast, the state had licensed 580 dispensary and delivery companies at that time.” These numbers can be expected to shift, however, as criminal and civil enforcement catch up to the marketplace. Until then, however, the stresses of competition and regulation are leaving bigger and fewer legal businesses.

Demand is going up

Surviving businesses have something to be encouraged about, however. Demand is expected to increase in 2019. A report from BDS Analytics predicts that the legal market will reach $5.1 billion next year. While many of California’s localities have banned legal businesses, this situation may improve, however, as tax revenue from legal businesses continues to increase. In the first quarter of 2018, the California Department of Tax and Fee Administration reported tax revenue of $60.9 million. In the next quarter the amount was $74.2 million. As tax revenue increases, local governments that have been banning marijuana businesses may reconsider their position.

Another issue that bodes well for the future of legal marijuana in California is that it is creating jobs, which, like tax revenue, are popular with municipalities. A cannabis staffing agency, Vangst, reported a 690% growth in listings in the first seven months of 2018. BDS Analytics predicts 100,000 Californians will have jobs in the marijuana industry by 2021.

As the first year of legal adult use ends, many of California’s marijuana businesses may lack state licenses or local permits, but as the market proves its ability to pay taxes and create jobs, state and local laws and regulations are likely to find stability, as happened with alcohol after prohibition ended.

What do you think? What’s in store for the adult use market in California? Leave a comment below.