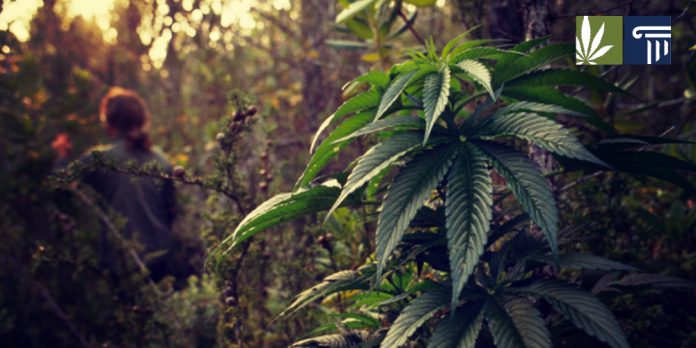 Legalizing marijuana could earn California and its residents more than $6 billion over the next four years according to a report published in August.

If voters opt to legalize the drug in November, as appears increasingly likely, legal cannabis sales could reach $1.6 billion within the first year after retail pot goes on sale – likely to happen by 2018. With further growth, the state could reap up to $6.5 billion by 2020, the report said.

The ‘epicenter’ of legal cannabis

Researchers said a legalization vote Nov. 8 would make California the “epicenter” of legal marijuana in the United State – indeed, the world – and would mark a “watershed moment” for the cannabis industry everywhere.

“We think the activation of the adult-use market in California will undoubtedly make California the new epicenter in cannabis,” said John Kagia, an executive with New Frontier, an analytics company.

There’s a simple reason for this, Kagia said: sheer size. California is the most populous state in the country, with nearly 40 million residents. None of the states where marijuana is already legal for recreation – Colorado, Washington, Oregon, or Alaska – come even close.

The Golden State already sells nearly half the legal cannabis in the country, in the form of medical marijuana. Voters approved California’s medicinal pot system at the polls in 1996, making it the first state to do so.

AUMA would allow up to one ounce of marijuana

The Adult Use of Marijuana Act, officially designated Prop. 64, would make it legal for adults to buy, possess, and use up to an ounce of marijuana for any reason, including recreation. Polls show strong voter support, and the proposal has drawn widespread backing from public figures, including Lt. Gov. Gavin Newsom, the NAACP, and the California Medical Association.

But Newsom for one warned voters against choosing to legalize only because they want more tax dollars in state coffers or because entrepreneurs see a green rush coming. But California could really use the money, he said, noting that cannabis already pulls down between $9 billion and $13 billion yearly from the black and gray markets.

Aside from tax revenue, Kagia said, legalization would create a large, vibrant marijuana industry and fuel an already strong economy in the state.

“There’s going to be a professionalism of the industry, an emphasis on innovation once the market is legal in California that will dramatically accelerate the industry in a way that legalization in Colorado and Washington haven’t been able to do,” he said.

The report suggests that the tech industry in Silicon Valley could shape the future of legal pot by providing capital and technology. The AUMA campaign is being led by tech billionaire Sean Parker, a one-time president of Facebook.

Kagia and his fellow authors also say Prop. 64 would put California at the head of efforts to regulate legal cannabis use, help officials develop standards for all organic agriculture, and make the state a leader in research. The initiative would levy a marijuana sales tax that would pay for drug-abuse prevention, schools, and drug research.

Legalizing cannabis in the Golden State could affect not only other states but even other governments, Kagia said.

“The legalization debate south of the U.S. border has evolved quickly as illustrated by the evolution of Mexico’s President Enrique Peña Nieto who, in just six years, has transformed from one of Latin America’s most vocal drug warriors to a proponent of medical cannabis use and advocate for decriminalizing possession of up to an ounce for all adults,” the report says. “Legalization in California will only add fuel to the debate on cannabis law reform in Mexico and in other Latin American countries.”

What do you think? What impact would legalization in California have on marijuana law in the rest of the United States? Leave a comment.