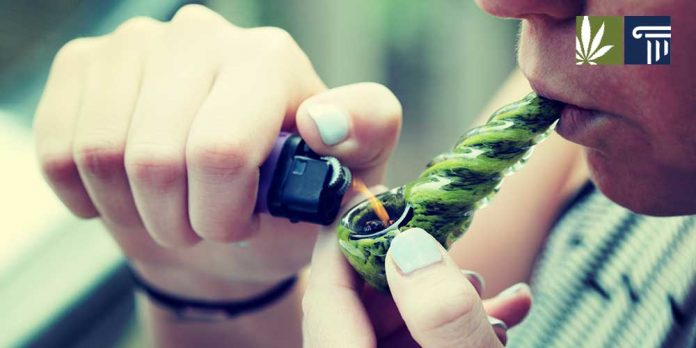 States that legalized recreational marijuana have seen a decline in cannabis consumption among youths, according to a comprehensive new study published by the American Medical Association.

Self-reported youth cannabis use within the past month dropped by an average of eight percent in states that had legalized recreational cannabis, while the study also reports a nine percent drop in legalized states of individuals using marijuana 10 or more times in a 30-day period.

The findings of the study are based on an analysis of federal data charting the marijuana-use trends of 1.4 million high school students from 1993 to 2017.

The study’s findings contradict the claims of many legalization opponents who say that legalizing recreational cannabis would encourage more young people to consume the drug.

The results of other studies into this question have been mixed. Some have shown that legalization has no impact on youth consumption, while others report an associated decline in teen use.

Why might cannabis consumption rates among youth decline following legalization? The researchers avoid hard conclusions, but they echo arguments put forward by legalization advocates who say that regulated cannabis shops, instead of an illicit market, makes it more difficult for someone under the age of 21 to buy marijuana.

The study’s authors say their findings are “consistent with…the argument that it is more difficult for teenagers to obtain marijuana as drug dealers are replaced by licensed dispensaries that require proof of age.”

In an interview with CNN, lead researcher of the study Mark Anderson said that the new study is “the most credible to date in the literature” because it is “based on more policy variation than prior work.”

But he also said that follow-up research is necessary given that several states have only recently legalized adult-use cannabis.

The study’s findings were, unsurprisingly, not enough to persuade Kevin Sabet, president of Smart Approaches to Marijuana, a pro-prohibition organization, that marijuana legalization does not lead to an increase in youth consumption of the drug. In a tweet, he dismissed the study’s significance.