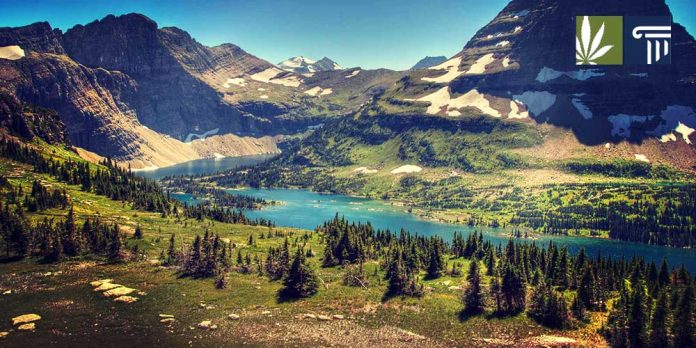 A majority of Montana residents favor marijuana legalization in their state, according to the University of Montana Big Sky Poll results released on Thursday. The survey asked “Do you think marijuana should be legalized in Montana?,” to which 51 percent of a sample of registered voters responded “yes”. Only 37 percent said they were against legalization.

Responses to the survey varied along political affiliation lines. Eighty percent of Democrats supported legalization, while 33 percent of Republicans were opposed. Respondents were also clearly divided according to age. Among those aged 18-26 and 27-46, 67 percent and 64 percent respectively favored legalization. Support for legal marijuana fell to 56 percent for those aged between 47 and 66, while only 29 percent of Montana residents aged 67 or older responded positively to the question.

For some residents, it was the potential economic benefit of marijuana legalization that prompted them to support it.

Andrea Effertz of Kalispell, Montana, told local media that she was in favor because cannabis sales could generate additional tax revenue in the state.

“I think it could be really helpful for our roads, maybe, our school systems, whatever it could go toward,” she said.

“The state needs tax revenue,” said Nichols. “We’ve made huge cuts in social services, and any way we can restore some of that funding I think is great.”

She added that her support hinges on whether necessary regulations would be put in place to ensure public safety.

“I do support it, if it’s done well,” Nichols said.

293 Montana registered voters took part in the UM Big Sky Poll conducted between February 21 and March 1. The poll, commissioned with the support of the University of Montana Social Research Laboratory, compiles and reports the views of Montana residents on an array of local, state and federal matters. The next survey is due in the fall of 2019. The poll has a margin of error of plus or minus 5.72 percentage points at the 95 percent confidence level.

Part of a broader trend

According to a recent nationwide poll, support for marijuana legalization continues to grow across the United States. The results of the 2018 General Social Survey revealed that 61 percent of Americans back the legalization of cannabis. That is the highest rate of approval recorded in the history of the survey, which has been collecting the views on the topic of legalization in the U.S. since 1973.

Almost four times as many Americans support legalization today as they did in 1987 and 1990 when the lowest level of 16 percent was recorded.

The 2018 survey also found that support for cannabis legalization was at the highest level ever recorded for all age groups, political affiliations and U.S. regions. Seventy-two percent of respondents aged 18-34 approved of the legalization of marijuana.