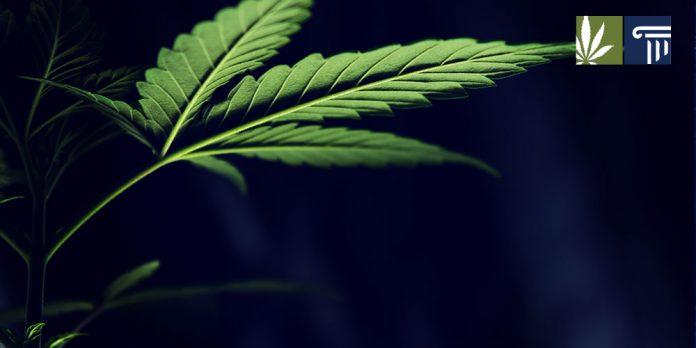 Two separate bills have been filed in Congress which would reschedule marijuana from Schedule I to Schedule III under the Controlled Substances Act.

The first, titled the “Marijuana 1-to-3 Act,” simply requires the attorney general to authorize the rescheduling of marijuana.

The bill’s sponsor, Rep. Greg Steube (R-FL), introduced the legislation in order to expand research on marijuana’s therapeutic uses. Marijuana’s current status has been a barrier to receiving federal funding for marijuana research and to accessing quality marijuana product for research purposes.

“As marijuana is legalized for medical and recreational use across the United States, it is important that we study the effects of the substance and the potential impacts it can have on various populations,” Steube said in a press release.

Only hours after Steube’s press release, another bill was introduced by a bipartisan pair of lawmakers which would also reschedule marijuana to a Schedule III substance.

This bill is more comprehensive as it would instruct federal agencies to implement marijuana research agendas within a year of its passage. The bill also contains provisions whereby universities could seek status as “Centers of Excellence in Cannabis Research” were they to carry out high-quality, thorough studies on marijuana-related issues.

One of the co-sponsors of this bill, Rep. Matt Gaetz (R-FL), is also a co-sponsor of Steube’s more narrowly focused proposal.

It’s unclear why the representatives chose to file separate bills which largely share the same aims.

Steube’s two-page bill simply states that “the Attorney General of the United States shall, by order not later than 60 days after the date of enactment of this section, transfer marijuana…from schedule I of such Act to schedule III of such Act.”

“We hear every day about the positive health benefits of marijuana,” Steube said. “Whether it’s young children with seizure disorders, or veterans suffering from chronic pain, it is clear that there are medical benefits to marijuana and I think it’s time we remove the bureaucratic red tape that prevents us from thoroughly studying this substance.”

While the focus of these bills is largely on facilitating more research into marijuana’s therapeutic value, it could also have implications for marijuana businesses.

Currently, because of marijuana’s Schedule I status, such businesses are often limited in their access to banking services and are ineligible for federal tax deductions due to an Internal Revenue Code section applicable to any entity “trafficking in controlled substances” in Schedule I or II. A bill to tackle this issue facing marijuana businesses, the SAFE Act, was introduced earlier this year. Lawmakers are expected to vote on its passage any day now.