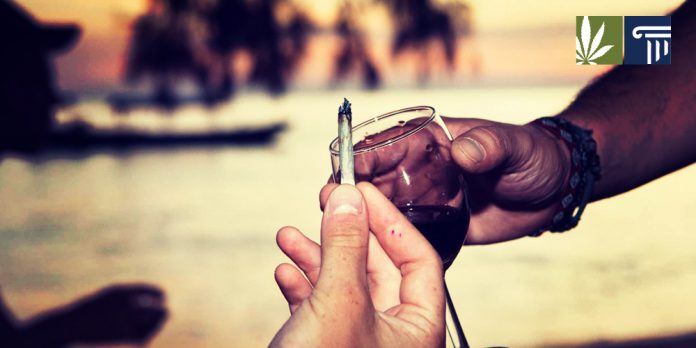 It’s no secret that many, many people use marijuana and alcohol to enhance their sexual encounters. Both drugs are widely available, easy to use, and often conducive to romance and physical desire.

But it’s never been clear exactly how pot and booze affect sexual experience, and some users report they actually make sex worse. This lack of certainty spurred a team of scientists to study how alcohol and cannabis interact with sexual drive, physical pleasure, and potency.

Their findings should be little surprise. Both drugs, it turns out, are pretty good at getting people between the sheets. Liquor in particular is a social lubricant that can increase libido and even make other people seem more desirable. These effects are short-lived, however. 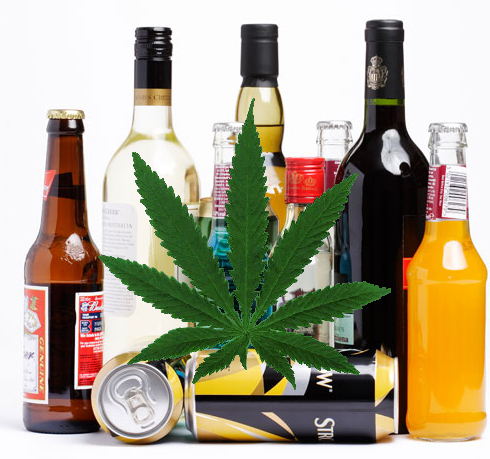 Cannabis, on the other hand, helped bring lovers together not by loosening their language and behavior. Instead, it brings people together in close, intimate spaces that encourage sex.

Why? It’s because pot remains illegal in most places – for recreation, at least – a fact that forces users to huddle in secret, in apartments and homes and dark basements. And cannabis, unlike alcohol, has a reported tendency to increase the physical pleasure of sex and may help some men last longer in bed.

The study, published in the Archives of Sexual Behavior, compared self reports of sexual encounters by people who used alcohol or cannabis first. The study was conducted by researchers at New York University’s Center for Drug Use and HIV Research and also examined safe sex practices by people who sleep together while high or drunk.

“With marijuana becoming more accepted in the U.S. along with more liberal state-level policies, it is important to examine users’ sexual experiences and sexual risk behavior associated with use to inform prevention and harm reduction,” said researcher Joseph J. Palamar, Ph.D, an assistant professor of population health at NYU’s Langone Medical Center.

Researchers interviewed 24 straight adults without HIV who had used cannabis before sex in the recent past. They studied a similar group who had consumed alcohol before sex. The result: Alcohol was more likely to lead directly to sex but was also more likely to lead to poor choice of partners and day-after regret.

Pot also plays a role in bringing sexual partners together, the study found, but it works in very different ways.

“Interestingly, some users reported that the illegality of marijuana actually facilitated sexual interactions,” Palamar said. “Since smoking marijuana recreationally is illegal in most states and smoking it tends to produce a strong odor, it usually has to be used in a private setting. Some individuals utilize such private or intimate situations to facilitate sexual encounters”.

Still, the researchers noted important potential side effects that suggest many people shouldn’t mix sex and drugs. Alcohol is frequently linked to male sexual dysfunction, including impotence, while cannabis can cause vaginal dryness, anxiety, and emotional distance.

The study concluded that both men and women experience similar emotional and physical sexual effects from booze and weed. Both increase self-esteem and relaxation, but alcohol tends toward increased extroversion and social risk-taking.

Booze, meanwhile, led many participants to “lower their standards” when choosing a partner, an effect almost universally known as “beer goggles.” Marijuana users, however, said they felt the drug actually made them more selective.

Let us know: What effect does marijuana have on your sex life? What about alcohol? Leave a comment below.